Blessed are the peacekeepers, or was it beekeepers?   I get confused.  One thing that isn't confusing is Donald Trump's tweet last night:


"North Korean Leader Kim Jong Un just stated that the 'Nuclear Button is on his desk at all times.' Will someone from his depleted and food starved regime please inform him that I too have a Nuclear Button, but it is a much bigger & more powerful one than his, and my Button works!"
"Much bigger & more powerful." "My Button works."
Ahhhhh, run for your life!!!   The guy is f$%^ng crazy!!!
But you knew that when you voted for him.
In contrast to the Twitter and Chief,  on this day in in 1985, President Ronald Reagan condemned the recent abortion clinic murders as, well, twitting crazy (I paraphrase).   Of course, Reagan had already been elected for a second term and so didn't need to appease his utra-right-wing vote any longer; hence, we now have a Tweeter-in-chief.
None-the-less, on this day in ancient Greece was held the pagan festival called the Lenaia in honor of Dionysus, the god of wine and fertility.   Funny, but as part of the celebration, a group of revelers would ride on a wagon mocking and insulting people along the way.

So maybe Trump is a pagan? 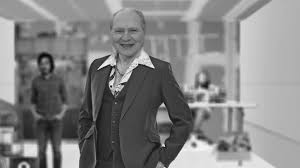 Speaking of mocking people, Ronald Wayne gets mocked a bit on this day for today is the day back in 1977 when Apple Computers incorporated.  Wayne had had a 10 percent share of Apple but decided it was too risky and so left before the incorporation.  Jobs, always knowing the future, paid Wayne $800 to terminate the relationship.  So, Wayne became the fifth-Beatle in a sense and went on to live in a trailer in Nevada, trading stamps and coins, and collecting Social Security.  In 2013, Wayne told the U.K's Daily Mail, "If I had stayed with Apple and accepted the limitations on my philosophy of life I could have well ended up the richest man in the cemetery."

He also had a way with words. 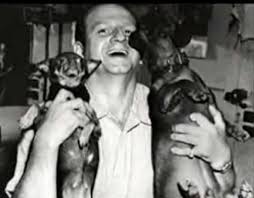 Jack Ruby, the Dallas nightclub owner who killed Lee Harvey Oswald, the alleged assassin of U.S. president John F. Kennedy, died of cancer in a Dallas hospital on this day after haven spending four years in a jail cell overlooking Dealey Plaza adjacent to the infamous Book Depository where the alleged gun-shots came from.   Every day of his remaining life, Ruby could look out that window with the reminder to keep his mouth shut.   Which he did.  I only wonder what happened to his dogs?   I use to work at a music store in Dallas Texas and met an old piano turner who use to tune Jack Ruby's pianos and so would be in the empty restaurant on quiet afternoons when Ruby would come in and start slapping the cocktail waitresses around -- he was a real son-of-a-bitch that way.   My piano-turning friend told me: "He had these two dogs with him all the time.  I think he tweeted (had sex with) those dogs."

Finally, I leave you on this blessed day with a journal entry from the beloved explorer who first wrote about these here United States back on their famous Explorer Expedition (warning, it will be disturbing to dog lovers):

One party, from necessity having been obliged to subsist some length of time on dogs, have now become extremely fond of their flesh.  It is worthy of remark that while we lived principally on the flesh of this animal, we were much more healthy, strong, and more fleshy than we had been since we left the buffalo country.  for my own part, I have become so perfectly reconciled to the dog that I think it an agreeable food and would prefer it vastly to lean venison or elk.