An Esoteric Look at January 2 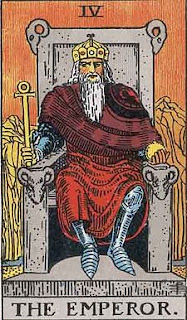 The 4th card of the Major Arcana is The Emperor, who rules over worldly things through wisdom, the primary source of his power.  The Emperor is stable and wise; the force of his authority cannot be questioned.  The positive associations of this card are strong willpower and steadfast energy; negative indications include stubbornness, tyranny, even brutality.

Timothy Pickering was an early American pest; a persistent, self-righteous mosquito who, among other offenses, urged the secession of New England -- if Tom Brady wins another Superbowl this year they might as well -- and assiduously undermined the first four U.S presidents.  He called George Washington "a much overrated, semi-literate mediocrity."  John Adams was forced to fire him as secretary of state because of his disloyalty to the administration -- and after that he stubbornly refused to resign.


Pickering was also the first U.S senators to be censured for pointing out the truth.  On October 27, 1810, President James Madison issued a proclamation declaring the annexation of West Florida, a Spanish possession, claiming the region had been part of the Louisiana Purchase  Pickering objected by producing before the Senate an old document from France's foreign minister, Charles Maurice de Talleyrand, stating emphatically that West Florida was not part of the Louisiana Purchase.  Only problem was, the document had yet to be declassified -- despite the fact that it dated back to the Jefferson Administration.  Revealing the classified document was a petty violation, and Pickering's enemies pounced on it.

Henry Clay, the aggressively expansionist senator from Kentucky, introduced a resolution of censure.  Pickering called it a "put-up affair," which indeed it was.  Had the motion been made against someone less unpleasant to his peers, it probably wouldn't have passed.  but Pickering was Pickering, and on January 2, 1811, he became the first entry in the Senate's official annals of infamy.
(Parts of this posting lifted from Bad Days in History, pg 17.) 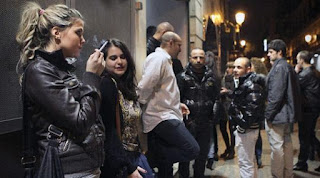 On this day in 1997, California's smoking ban was extended to bars and drinking establishments.  At the times this was very bizarre indeed, and we smokers -- not today, but at the time -- thought it would be the death of us.  Little did we know that by putting smoking sections in bars -- usually outside the front door -- millions of singles would pick-up the habit to meet other singles outside for a smoke, and pick-up line:

In 1968 on this day, French-Polish film director, screenwriter, and actor Roman Polanski marries American actress Sharon Tate, who is later murdered while pregnant with their baby by the white supremacy Charles Manson.  You know, the guy with the swastika on his forehead who died regretting he couldn't vote to make America great again because he was imprisoned.


In 1974 U.S. president Ricard M. Nixon signs the federal law forcing states to set maximum speed limits of 55 miles per hours, which -- in Texas at least -- would have been the end of the Republican Party if it hadn't been rumored that Jimmy Carter was the one who lowered God's Gracious speed limit to 55 mphs and took away another American Freedom: the south hasn't voted for another Democrat since.

Historically, on this day, the Native Americans had a real hoot-and-hallow in honor of fertility with their  the Deer Dances -- the Pueblo Natives that is, the intellectual Iroquoians didn't go for that crazy shit.