The Worst President Ever? No, not Bush or Trump, it is... 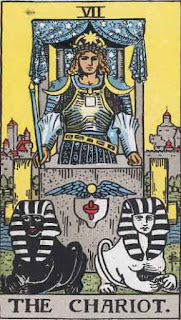 The 7th card of the Major Arcana is The Chariot, which shows a triumphant figure moving through the world, manifesting his physical presence in a dynamic way.  The card may be interpreted to mean that no matter how narrow or precarious the correct path, one must continue on.  The good side of this card posits success, talent and efficiency; the bad side suggests a dictatorial attitude and a poor sense of direction.


Born on this day in 1800 was Millard Fillmore.   Do you know who he was?  Probably not, he had the misfortune of being the 13th president of the United States.   Now, for some of us, 13 is a very lucky number (in the rare instances that there are 13 stalls in a bathroom I always use the 13th and can tell you I never had a bad shit in one once, I'm just saying), but for those who don't appreciate the numerologist aspects of life, it might be bad; and, evidently, Millard Fillmore was of that belief.


First of all, he was the last of the Whig Party.   After him, the party was in such shambles that the other party -- The Republican/Democratic party split in two and became the united conservative party of the day with two faces.  Unfortunately, we've yet to have a liberal party and that is why I am urging everyone to take the oath not to vote for another Democrat or Republican in the next election to wake up their money backers that we "really" want our country back.

Getting back to Millard Fillmore, he was originally a member of the Nativist Do Nothing Party (get this, they wanted to restrict immigration to the U.S., sound familiar?  It should, they also earned the "Do Nothing Party," label in the day.   Yes, they were trying to make America Great Again, for the first time(?)."Anyway, Millard Fillmore was the Vice President to Zachary Taylor (Zachary was a military guy convinced to run as a Whig, the Ike Eisenhower of the day; who probably was poisoned by the way, but I'll leave that for another time) and only became president when Zachary died/poisoned in office.

So, quite suddenly, Fillmore is president and immediately replaces Zachary's cabinet with his own liked minded ilk. The most notably issue of the day was expanding slavery to the developing western states, which Zachary had disapproved of; fortunately for the slave-owners, however, Fillmore immediately approved the slave trade out west! Yes, how fortunate for the slave owners of the day that Millard Fillmore, our 13th president, was installed.

After serving out Zachery's term, Fillmore lost the nomination of his own party to run again, and so, not only goes down as our only 13th President, but also, our first un-elected-ever president (Gerald Ford would have the  most resent honors after Richard Nixon escaped arrest), and at least before George W. Bush was voted the worst,  Millard Fillmore was considered the worst president ever.


The 7th day of January really does mark the end of Christmas in old times.   In England it was called Saint Distaff's Day, when work began again after Christmas.  Not a real saint's day, it was instead a tongue-in-cheek commemoration of women's return to their household chores.

I cannot bear Scotland in spite of every natural beauty, the people are so odious... Their hospitality takes one in, but that is kept up because it is their pride.  Their piety seems to me mere love of argument and prejudice; it is the custom to make a saturnalia of New Year's Eve, and New Year's Day they drown themselves in whisky.  Last New Year's Eve being Sunday, they would not break the Sabbath, but sat down after the preaching till twelve o'clock; the moment that witching hour arrived, they thought their duty fulfilled, seized the whisky, and burst out of their houses, and ran about drinking the entire night, and the whole of Monday and Monday night too.  This is no exaggeration, you have no idea the state they are in -- men lying about the streets, women as drunk as they -- in short, I never was more disgusted.