Predictions for 2018! China the new Superpower? Wall Detroys the U.S. Film at Eleven. 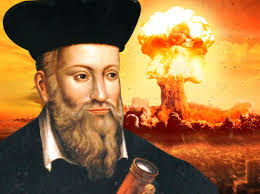 Predictions for 2018.   Well, there are a few.  And where else better to start than that crazy old water gazer himself, Nostradamus.  According to the London Express, Nostradamus only predicted the end of the world this year, sometime in May.   Ouch.   Why would they say that?


The passage they are most likely referring to is this one: “Kings steal forests, the sky will open, the fields will be burned by heat.”

That obviously sounds like the capitalist pigs at work chopping down the rain-forest trees for cheap hamburger profits (if you are not a vegetarian yet why are you even reading my blog, the production of meat is the greatest sin ever committed by humankind).   Oddly enough, Nostradamus goes on in another quadrant to say:   “...the rich shall die many times over....” “...pigs will become a brother to man.”   Combined this with his other quadrants such as:

“The trembling so hard in the month of May....

“Hail will fall larger than an egg.”

Okay, I'm convinced it will happen, but why May 2018 I don't know, so relax everyone.  Well, at least until we read the next prediction from the NY Post, which is a little more frightening as well as obvious for those of us with eyes to see:

Bulgarian Baba Vanga — who died in 1996 at the age of 85 — is well known among conspiracy theorists who believe she foretold natural disasters and global events long before they occurred.
Before she died, Baba — dubbed the “Nostradamus from the Balkans” — left predictions up to the 51st century, when she believed the world would end.

The two major events Baba predicted for 2018 are:

China will become the world’s next “superpower,” taking over from the US, and “a new form of energy” will be discovered on Venus.

Wow, can anyone deny that China is soon to knock the US out of first place in the Superpower rankings of the world?   Just look at the crap Donald Trump and the Republicans are doing to ensure this:  a 1.6 billion dollar wall on the south border to fulfill a right-wing nuts idea that it will somehow make the US safer(?)   Does anyone in their right mind really believe this?   That is money which could be used to improve our lives but funding infrastructural projects in the US, or my god, helping the millions of US citizens (including Puerto Rico) with medical care.   My point being, obviously our current leaders have no clue on how to run a global economy and so they are creating this great vacuum for China to fill.   And they will.   So, no doubt this prediction is true.   Now what was her other for 2018?  Oh, yeah, the Venus thing.  Well, yes, NASA and Russia are dong joint projects with Venus in their sites, and the full sunlight that Venus has definitely points to a new kind of solar energy, but, what if the energy she was talking about is spiritual?   Could this not be a prediction for The Venus Project?

The Venus Project is an organization that proposes a feasible plan of action for social change, one that works towards a peaceful and sustainable global civilization. It outlines an alternative to strive toward where human rights are no longer paper proclamations but a way of life.

We propose a fresh, holistic approach – one that is dedicated to human and environmental concerns. It is an attainable vision of a bright and better future, one that is appropriate to the times in which we live, and both practical and feasible for a positive future for all the world’s people. 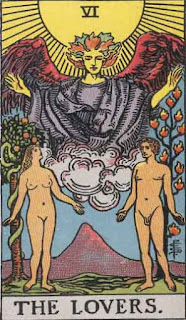 The 6th card of the Major Arcana is The Lovers.  It symbolizes the love that unites all of humanity through integration of masculine and feminine polarities.  On the good side this card indicates affections and desires on a high moral, aesthetic and physical plane; on the bad side, it suggests a propensity for unfulfilled desires, sentimentality and indecisiveness.  January 6 people must be careful of sacrificing themselves for love.