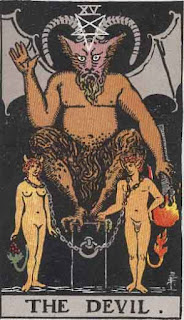 The 15th card of the Major Arcana, The Devil, indicates a fear/desire dynamic working where sexual attraction, irrationality and passion are concerned.  The Devil enslaves us through our need for material comfort and money; he represents our base nature grasping for security; he controls us through the irreconcilable differences which exist in our male/female nature.


On this day in 1965, the British rock group, The Rolling Stones, appeared on "The Ed Sullivan Show."  The stuffy variety show had already hosted The Beatles, which were the "pretty-boys of rock music," as well as Elvis Presley who had shacked his hips so violent the advertise requested that the show no longer show rock musicians from the waist down: in modern terms: no crotch shots. 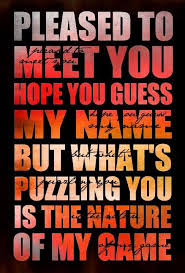 Wanted to separate themselves from the well-dressed Beatles who were already a phenomena in the US, and give tribute to the well-known censored moves of Elvis Presley, Mick Jagger wore a dirty sweat shirt and after singing, "I Can't Get No Satisfaction,"  grabbed his crotch and gave the US audience a handful.  Of course, it wasn't shown because of the tight camera shots, but really did let most parents know that the Great Satan had arrived in the U.S. long before their "Goat Head Soup" long-playing record, or "Sympathy For The Devil" song were released. 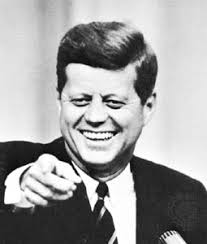 In 1962 on this day, President Kennedy was asked in a news conference if U.S. troops are fighting in Vietnam; "No," he answered.  He was technically correct, but U.S. soldiers were serving as combat advisers with the South Vietnamese Army.  Many of us believe President Kennedy had no intentions of escalating the Vietnam war, and when the war machine found out about this, they had him murdered.  Unfortunately, we'll never really know. 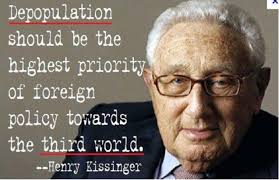 In 1973 on this day, citing "progress" in the Paris peace negotiations between US secretary of state and Bohemian Grove regular, Henry Kissinger and Le Duc Tho of North Vietnam, President M. Nixon halts the most concentrated bombing of the Vietnam War.  Two years later on this very same day, President Gerald Ford would say, "I've got bad news and I don't expect any applause."  He had just been appointed as our president after Richard Nixon escaped imprisonment by resigning and appointing Gerald Ford as his successor with the understanding that Gerald Ford would pardon him.  Which Gerald Ford did and still hasn't been charged for this high-crime and misdemeanor... I'm just saying.


On this day in 1870, the first recorded use of a donkey to represent the U.S Democratic Party appears in a Harper's Weekly cartoon by Thomas Nast.  Four years later in another cartoon, Nast originates the use of an elephant to symbolize the Republican Party. 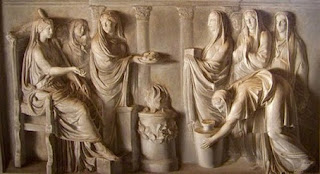 Finally, as we end our esoteric daily briefing, on this day in Ancient Rome, people celeVesta, the veiled goddess of the hearth.  Traditional offerings of homemade bread and salt cakes were left at Vesta's temple, where her hearth fire burned continually, tended by six virgin priestesses known as the Vestal Virgins.
brated the Feast of the Ass, a festival in honor of the animal that was sacred to 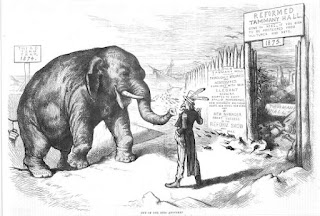 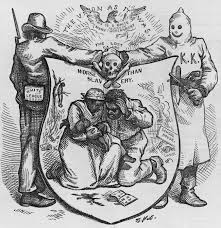 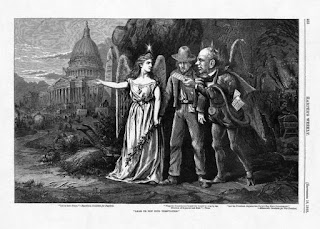 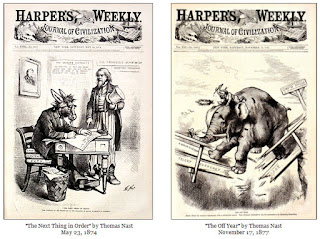