Love is in the air, well, after the divorce.

I go every morning to the Armenian Convent to study the language -- I mean the Armenian language -- (for as you perhaps know -- I am versed in the Italian which I speak with fluency rather than accuracy --) and if you ask me my reason for studying this out-of-the-way language --  can only answer that it is Oriental and difficult -- and employs me -- which are -- as you know my Eastern and difficult way of thinking -- reasons sufficient.  Then I have fallen in love with a very pretty Venetian of two and twenty (Marianna Segati) with great black eyes -- she is married -- and so am I -- which is very much to the purpose -- we have found and sworn an eternal attachment -- which has already lasted a lunar month -- and I am more in love than ever -- and so is the lady -- at least she says so -- and seems so -- she does not plague me (which is a wonder--) and I verily believe we are one of the happiest-unlawful couples on this side of the Alps.

Lord Byron to his half-sister, Augusta Leigh, from Venice, 1816 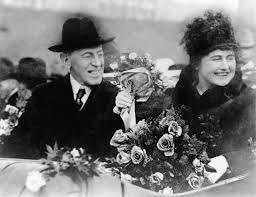 Marriage and divorce entered the political arena on this day in 1915 when U.S. President Woodrow Wilson married Edith Bolling Gale.  A widower, the president married this jeweler's widow in the bride's Washington, D.C., home.

Conversely, on this day in 1970, Italy's first divorce law went into effect even though the Roman Catholic Church objected vehemently.  Fortunately the church eventually came around just as it has to such modern day things as Global Warming and possible visitors from other planets, (they should know, they hold all the books in the basement of the Vatican per the hit television series Ancient Aliens); and just as the church has come around to these past issues, it will most certainly come around to acknowledging a woman's right to the abortion and instead of politicizing the issue to win elections, fund social programs to help these poor people with this terrible decision they have to make either for health or financial reasons.  Maybe hand out a few condoms along the way too. 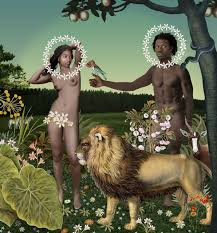 Today, International Migrants Day, is not a bad moment to recall that the first ones in human history obliged to emigrate were Adam and Eve.

According to the official version, Eve tempted Adam: she offered him the forbidden fruit and it was her fault that both of the were banished from Paradise.

But is that how it happend?  Or did Adam do what he did of his own accord?

Maybe Eve offered him nothing and asked nothing of him.

Maybe Adam chose to bite the forbidden fruit when he learned that Eve had already done so.

Maybe she had already lost the privilege of immortality and Adam opted to share her damnation.

so he became mortal.  But not alone. 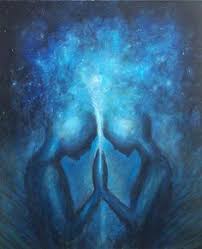 The greatest happiness of life is the conviction that we are loved; loved for ourselves, or rather, loved in spite of ourselves. You don't love a woman because she is beautiful, but she is beautiful because you love her. Never underestimate the power of love. The way to love anything is to realize it may be lost. The heart has its reasons that reason does not know at all. Music is love in search of a word. There is pleasure in the pathless woods; there is a rapture on the lonely shore; There is society, where none intrudes, by the deep sea, and music in its roar.
Lord Byron