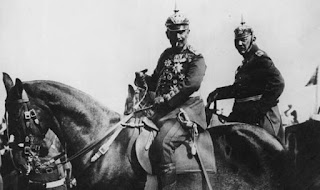 It was the last thing Kaiser Wilhelm II needed after a gay sex scandal had already embroiled not only the highest echelons of imperial Germany but also the sovereign himself.  On Novermber 14, 1908, Dietrich Graf von Julsen-Haeseler, chief of the German Imperial Military Cabinet, dropped dead at a private party for the kaiser while performing a balleric pas seul, or solo dance -- in a tutu.

Homosexuality had long been an unmentionable subject in Germany, one that the press avoided assiduously--until 1906, that is, when a journalist by the name of Maximilian Harden launched a campaign to expose the sexual proclivities of the kaiser's inner circle.  And much of his scoop was provided by none other than Otto von Bismarck, the "Iron Chancellor," who, like Harden, had vigorously opposed Wilhelm II's policies and was dismissed by the kaiser as a result.  In a letter to his son, Bismarck wrote of the relationship the kaiser enjoyed with his devoted friend Philip Frederick Alexander, Prince of Eulenburg and Hertefeld--the details of which could "not be confided to paper."

Harden was wise enough to know that any compromising insinuations about the monarch's personal life with Eulenburg would be foolhardy, so he oped to discredit Wilhelm by disclosing instead the homosexual relationship between Eulenburg and the kaiser's adjunct, Count Kuno von Moltke-- or "Sweetie," as Harden referred to him--the military commander of Berlin.  In so doing, historian Alexandria Richie wrote, Harden "broke on of the most sacred taboos in imperial Germany."

Kaiser Wilhelm sought to insulate himself from the emerging scandal by distancing himself from his loyal friend Eulenburg and dismissing Moltke.  But neigher man was prepared to slink away with his reputation so thoroughly shredded.  What resulted was a flurry of libel suits, filled with salacious details, that sent the press into an unprecedented feeding frenzy.

"German newspapers were full of the story," wrote historian James Steakley, "and it dominated their headlines for months; an anti-homosexual witch-hunt of unparalleled proportions was unleashed.  Nealy every high government official and military officer was suspected or accused of homosexuality."  A number committed suicide in the face of such shame; Wilhelm II suffered a nervous breakdown.

"It has been a very difficult year which has caused me an infinite amount of worry,"  the kaiser wrote in December 1907.  "A trusted group fo friends was suddenly broken up through ... insolence, slander and lying.  To see the names of one's friends dragged through the gutters of Europe without being able or entitled to help is terrible."

The, just as the scandal seemed to be simmering down, Dietrich Graf von Hulsen-Haeseler performed his fatal piouette.  Worse, rigor mortis set in before he could easily be extricated from his tutu. 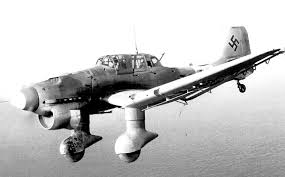 On this day in 1940, 500 German bombers pound the English city of Coventry.  The raids killed over 1,000 civilians and destroyed most of the medieval cathedral.  This raid followed Adolf Hitler's public promise that an attack on the capital of the Nazi movement would not go unpunished.  Historians surmise that Prime Minister Winston Churchill had advance knowledge of the raids and chose not to inform city officials.  This seemingly barbaric decision was an act of tactical genius.  Had Churchill informed officials, partial evacuation of the city would have been ordered.  German pilots would have noticed and reported back to Hitler.  This would surely have revealed Ultra, Great Britains' top-secret system for decoding German communications. 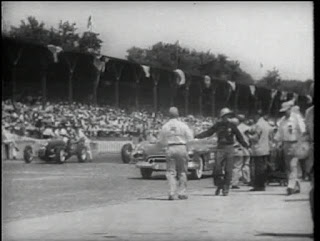 On this day in 1945, Tony Hulman buys the dilapidated, disused Indianapolis Motor Speedway from Edward Rickenbacher.  Renovations allowed the post-war resumption of the famous 500-mile races.


In ancient times, the Feast of the Musicians, a Druidic festival dedicated to barbs and musicians, took place on this date.  It's celebrated today by some neo-pagans with offerings to the Celtic gods of music.  It is customary to gather around a bonfire for an evening of songs and storytelling, ending with everyone tossing a wish into the flames. 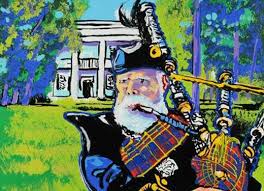