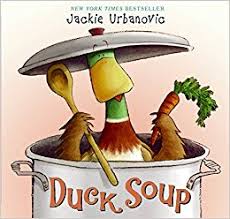 Scientific journals are not usually known for their general interest reporting ("Reproductive Sequences of the Sumatran Sand Flea"...Anyone?)  But Deinsea, the journal of the Rotterdam Natural History Museum, took esoteric to a whole new (and, some migh say, disturbing) level on November 9, 2001, when it subjected readers to the published article "The first case of homosexual necrophilia in the mallard Anas platyrhynchos (Aves: Anatidae))."

C. W. Meliker, a scientist at the museum, related in the piece how six years earlier he had witnessed a dead male mallard duck -- referred to clinically throughout as "NMR 9997-00232" -- being repeatedly raped by another male mallard, "with great force."  The unfortunate NMR 9997-00232 had apparently crashed into one of the museum's reflective windows and dropped dead as a result.  Within moments, his companion swooped on top of the corpse and did his business.

"Rather startled." Moeliker wrote, "I watched this scene from close quarters behind the windon until 19.10h during which time (75 minutes!) I made some photographs and the mallard almost continuously copulated his dead congener.  He dismounted only twice, stayed near the ded duck and picked the neck and the side of the head before mounting again.  The first break (at 18.29 h) lasted three minutes and the second break (at 18.45) lasted less than a minute."

November 9th is scared to Helena, deified wife of the Roman Emperor Julian II, know as "The Apostate" to Christians and "The Blessed" to pagans.  Today's Feast of the Four Crowned Martyrs is held in great regard by Freemansons.  In Thailand, this day is Loy Krathog, a wish-magic festival when people launch their little boats along with a wish. 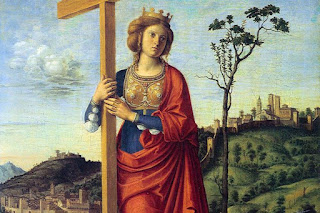