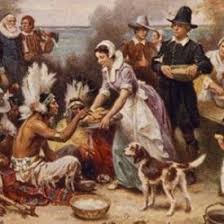 On 6 September in the year 1620 Julian calendar (16 September in our calendar), the Mayflower set off.  Out of its 102 passengers, only about 40 were the pilgrims looking for a new place to worship God in their very special way that had them laughed out of London (like Malvolio in Shakespeare's Twelfth Night).


The word "Pilgrim" comes from the Middle English pelegrim and Old French pelegrin, which both derive from the Latin pereginus, "stranger."  And strangers they were.  Their beliefs were that if a storm sank the Mayflower, God would save them just as He had provided a whale to save Jonah.  Fortunately, before the assistance of a UFO spaceship was needed, they spotted land on 9 November (19 November our calendar).

They had arrived at Cape Cod and weren't safe yet from the dangerous shoals and roaring breakers, but on November 21, 1620 (our time used from now on), they entered the harbor at what is now Provincetown on the tip of the Cape.

Now, here's where the whole conquering Brits gets rather murky, for without any negotiating with the Americans -- who, we'll see were already in the new land -- the 102 visitors agreed to get off the ship before their destination of the mouth of Hudson river -- which had been discovered years earlier by Henry Hudson and was part of the New England claims England had shoved down the Native American's throats, and the land grant they all had in their little pink fingers.  In true conquering European form, the 102 passengers (40 of which were considered Saints because they said so) didn't even live up to the land grant they had from the New England council and instead landed where they were and the 41 Saints signed what is now known as the Mayflower Contract, which was an agreement to establish a "Civil body Politic (temporary government)" and to be bound by its laws.  "They would enact "just and equal laws for the good of the colony." The binding agreement was modeled on a Separatist Church Covenant and became the basis of government in the colony.  Conveniently, it also allowed the minority 41 Saints to elect John Carver as their first Governor.

By December 16th, the squatters had spotted a dozen or so native Americans and posted lookouts on them from the woods.  Eventually, the real Americans would fire arrows at the pink-fleshed beings who returned with musket fire which ran the Americans off.  The Pilgrims then took their corn back to the ship.   A year later, after the Pilgrims had negotiated a peace with Chief Massasoit, they would return the stolen corn in what is now considered the first Thanksgiving.

Not quite the story we were taught in school, but close enough.  Actually, it would be 10 years later when the shit really hit the fan for the real Americans, for the Puritans were coming, and their form of Christianity -- which would eventually evolved into the KKK and the current Christian church which measures its faith on how much you hate gays -- would consider the Americans to be savages in the way of Jesus' country.

So, while you are eating your corn and turkey today and praying thanks to baby Jesus, consider the real Americans for once... and how you've took their land much as the UFO Aliens might do to us with universal justifications because we are such hypocrites. 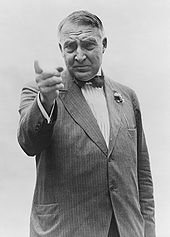 With Prohibition now the law of the land, Congress closed a lingering loophole with the Willis-Campbell Act, which strictly limited the amount of liquor that physicians could prescribe for medical purposes.  On November 23, 1921, President Warren G. Harding signed the bill--no doubt with a chuckle, as the man ultimately charged with enforcing Prohibition kept the White House cabinets filled with intoxicating "medicine," always at the ready for the enjoyment of the president and his corrupt, poker-playing pals.

Alice Roosevelt Longworth, the tart-tongued daughter of President Theodore Roosevelt, described one evening as a guest in the Harding White House: "The study was filled with cronies...trays with bottles containing every imaginable brand of whiskey stood about, cards and poker chips ready at hand--a general atmosphere of waistcoats unbuttoned, feet on the desk, and spittoons alongside."

A year after signing the restrictive law, the liquor-swilling president stood before Congress and delivered this breathtakingly hypocritical message:  "Let men who are rending the moral fiber of the republic through easy contempt for the prohibition law, because they think it restricts their personal liberty, remember that they set the example and breed a contempt for law which will ultimately destroy the republic." 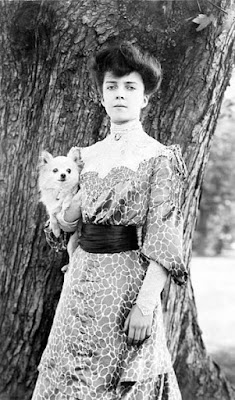 If you can't say something good about someone, sit right here by me.
Alice Roosevelt Longworth