Ceres and the emoticon.

Today is Cerealia, which was an eight-day Roman festival of Ceres, goddess of the earth and its

fruits, who was prayed to for peace, good government, and plenty.

We sure could use some of that now.

On a day like today in the year 33 -- a day earlier, a day later -- Jesus of Nazareth died on the cross.

His judges had found him guilty of "inciting idolatry, blasphemy and abominable superstition."

Not many centuries later, the Indians of the Americas and the heretics of Europe were found guilty of those same crimes -- exactly the same ones -- and in the name of Jesus of Nazareth they were punished by lash, gallows, or fire. 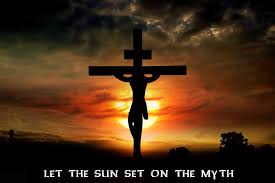 Kevin MacKenzie sent the very first emoticon over the Internet in a message to the MsgGroup on this day in 1979.  The emoticon he sent was "-)" which means "tongue-in-cheek."  What does this have to do with Esoteric Daily?  ;>(