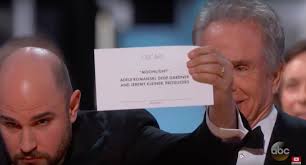 So yesterday's Oscar mix-up was a strange thing, and I'm sure offering the award to the wrong winner has nothing to do with the fact that the winner was the first LGBT film to receive an Academy Award for best picture...

Is it really that strange though?  In routine fashion in 1940, Hollywood gave nearly all of its awards, eight Oscars, to Gone with the Wind, which was a long sigh of nostalgia for the good old days of slavery.

Thus Hollywood confirmed its ways.  Twenty-five years earlier, its first blockbuster was Birth of a Nation, an anthem of praise to the Ku Klux Klan. 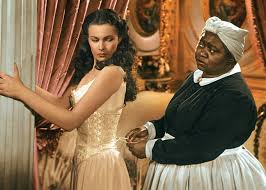 Something to think about for those of you who actually watched the awards.   I'm saving my sham time for the palme d'or show. 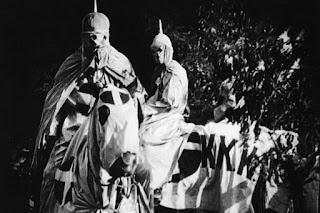