A True American Hero Was Born On This Day, And You Probably Don't Know His Name.

When he was descending a spiral staircase on-board ship, it occurred to him that protein molecules might travel the same way in a spiral over a wavy base.  The thought turned out to be a scientific breakthrough.

When he discovered that automobiles were the reason he coughed so much in the city of Los Angeles, he invented the electric car, which was a commercial failure.

When he came down with kidney disease and medicine did not help, he prescribed himself healthy food and bombardments of vitamin C.  He got better.

When the bombs exploded over Hiroshima and Nagasaki, he was invited to speak at a scientific conference in Hollywood.  And when he discovered that he had not said what he wanted to say, he went on to lead the global campaign against nuclear weapons.

When he received the Nobel Prize for the second time, Life magazine decried it as an insult to all Americans.  By then the government of the United States, suspecting him of communist sympathies, had taken away his passport twice, or perhaps it was because he said that God was an unnecessary idea.

His name was Linus Pauling.  He was born along with the twentieth century. 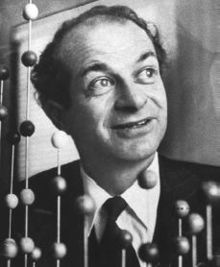 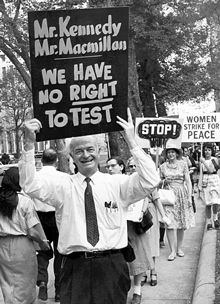