Christopher Columbus was a Man(?)

On this day in 1493, Christopher Columbus wrote in his cruise log that he saw three Mermaids, but they weren't as beautiful as he had hoped (lucky for them).  The general thought is that these were actually manatees.  Let's see: 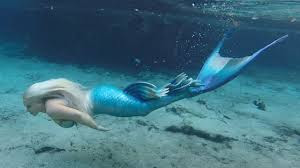 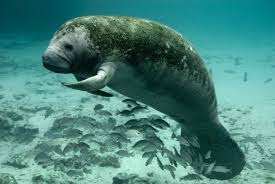 It's interesting that on a previous voyage in 1492, the same year Columbus is credited with discovering woman-in-thongs on Miami beach (paraphrased), he and his crew saw what might be the first recorded sighting of a U.F.O.  In his ships log Columbus describes the UFO as a "flying candle."

While we are on the subject of Christopher Columbus, did you know that he never actually made it to what is now the USA?  The closes he ever got was Cuba.

When Columbus first went to the Bahamas, he wrecked his boat and the "natives" repaired it for him.  Here is what the evil bastard had to say about the friendly islanders:

"They are evil and I believe they are from the island of Caribe, and that they eat men."

Even more disturbing is what Mr. Columbus had to say about the island woman he did terrible things to!

“ While I was in the boat I captured a very beautiful Carib woman, whom the said Lord Admiral gave to me, and with whom, having taken her into my cabin, she being naked according to their custom, I conceived desire to take pleasure. I wanted to put my desire into execution but she did not want it and treated me with her finger nails in such a manner that I wished I had never begun, ” de Cuneo wrote . “But seeing that, (to tell you the end of it all), I took a rope and thrashed her well, for which she raised such unheard of screams that you would not have believed your ears. Finally we came to an agreement in such manner that I can tell you that she seemed to have been brought up in a school of harlots. ’’

GOSH, what a bunch of Nice Men.  But wait, they were sailors, oh, and Christians.