The Feast of Twins

On this day (May 18), festivals honoring twins are held annually in the African republic of Nigeria.  It is widely believed among the Yoruba people that all twins are born with abundant magical and supernatural powers. 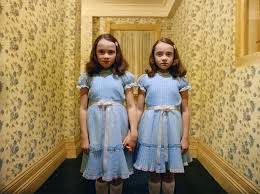 In classical myth, Castor and Pollux were twins worshipped throughout the Mediterranean world but especially in their native Sparta.  They appear to be examples of a peculiarly widespread tendency to acknowledge heavenly twins which ranges from prehistoric times through virtually all civilizations.

In modern society, much anecdotal lore has developed concerning the mystical 'bond' which twins are popularly supposed to share.  Reports of long-separated twins dressing and behaving in the identical ways, and of psychic links between remote twins, have stimulated popular and scientific interest in the phenomenon and preserved the ancient sense of the supernatural in the twin relationship.