A DIVINE JOURNEY TO HELL AND BACK

Displayed with permission from The Independent

DANTE ALIGHIERI was born 750 years ago this week in Florence. In spite of our distance from medieval theology, Dante's allegorical journey through sin and salvation known as the Divine Comedy endures as one of the essential books of mankind. How has the poem managed to survive for so long? The boil and hiss of the first part of Dante's masterwork - the Inferno - is impossible for us to imagine today. As a singer of other-worldly horror, the Florentine belongs to a medieval world of infernal retribution, when people feared damnation.

If Dante speaks to our present condition, it is because he wrote the epic of Everyman in search of salvation. People of all faiths and backgrounds continue to respond to his great work. Samuel Beckett, an apparent atheist, kept a copy of the Divine Comedy by his bedside as he lay dying in a Paris hospice in 1989. Another tenacious dantista, the Russian poet Osip Mandelstam, never left his Moscow flat without a paperback Dante. If any work has a claim to the universal, it is the Divine Comedy. All life is written in its burning pages. 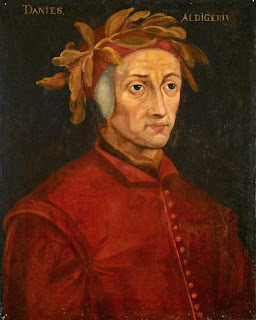 As every Italian schoolchild knows, Dante's three-part journey through hell, purgatory and paradise opens on Good Friday in a supernatural forest at nightfall. Dante, a figure in his own work, has lost his way in middle age and is alone and fear-ridden in the woods. The Latin poet Virgil, sent by a shadowy woman called Beatrice, is about to show him Hell. Readers have long puzzled over Beatrice's identity. The poem would be nothing without her. Yet little is know about Beatrice dei Portinari, who died in Florence in 1290, at the age of about 24. She was the love of Dante's life and is usually taken to be an allegory of divine grace. In the poem she appears before the speechless poet as a veiled woman in robes the colour of "living flame". The Pre-Raphaelites venerated her as a dewy-eyed damsel. (Rossetti's "Beata Beatrix", now in Tate Britain, illustrates the lachrymose Victorian ideal.)

For others, TS Eliot among them, Beatrice is symbolic of man's progress from Gothic darkness to the radiance of the Renaissance. Dante was the highest expression of Christian civilization, in Eliot's view, whose Divine Comedy was "awful" in that archaic sense of the word of inspiring awe. Dante's poem encouraged Eliot in his conviction that modern man is spiritually shipwrecked. "I had not thought death had undone so many", we read of those London rush-hour commuters in The Waste Land (words that Eliot cribbed from Canto III of the Inferno). 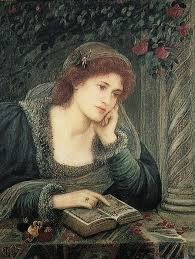 In scenes of adrenaline-quickening horror as well as great lyric beauty, the Divine Comedy fused Roman Catholic doctrine with Classical philosophy and contemporary politics. Dante's influence in Catholic Italy has never waned. In the mid-1960s the poet and film director Pier Paolo Pasolini rewrote Dante's austere medieval poem to form a critique of Italy's consumer society. Published in the year of his murder by a neo-Fascist rent boy - 1975 - The Divine Mimesis bristles with Pasolini's abhorrence of American-style materialism and Christian Democrat-tainted political opportunism. Like Dante, Pasolini fulminated against politicians, grafters and humbugs who he believed had ruined postwar Italy.

Dante began the first section of his epic poem - the Inferno - in 1307, five years after his expulsion from Florence on corruption charges. The charges were most likely false but Dante never again set foot in his home town. Instead he worked with gleeful concentration on his own private vision of hell. His vision has passed from generation to generation enriched and re-interpreted.

The 1935 Hollywood melodrama Dante's Inferno, starring Spencer Tracy, contains a 10-minute reconstruction of the medieval poet's underworld modelled on Gustave Doré's God-fearing illustrations. The damned are wedged "arsy-versy" against each other in a sulpherous hell-pit, "watering their bottoms with their tears", as Beckett put it in his Dantesque prose text All Strange Away. There is nothing like the film in cinema history. In Britain perhaps only Peter Greenaway has interpreted the Inferno so adventurously. Computerised leopards slouch across the screen in his A TV Dante as John Gielgud intones darkly: "Abandon all hope, ye who enter".

In order to reach a wider audience, Dante chose to write the Divine Comedy in vernacular Italian instead of Latin (his overthrow of Latin preceded Geoffrey Chaucer's by 80 years). Dante's modernity lies in the "sweet new style" of Italian (dolce stil novo) in which he composed. As a teenager in his native Turin, the Jewish writer Primo Levi took part in "Dante tournaments" where boys showed off their knowledge of the Divine Comedy, one contestant reciting a canto and his opponent scoring a point if he knew its continuation. Years later, in his Auschwitz memoir If This is a Man, Levi related how he struggled at the Nazi death camp to remember lines from the poem.

Some have questioned whether Levi really was overwhelmed at Auschwitz by Dante: the counterpoint of classic beauty in one of the world's vilest places suggests the artifice of afterthought. But in Levi's Italy, Dante has rarely suffered the fate he has in the English-speaking world, where he is seen, wrongly, as a dreary exponent of medieval theology. Part of the blame must lie with the Victorians. Clergymen, civil servants and other worthies translated the poet's crystalline cantos into pious fustian, full of cod moral sobriety. Recast as Victorian hymnology, Dante's Comedy became the most solemn of poems. Even Longfellow's 1865 translation, much admired at the time, is like drinking flat champagne for its timid expurgations and literalisms.

Dorothy L Sayers, the detective novelist, put the fizz back into the Florentine with her 1949-1962 Penguin Classic translation. Resolutely trimmed of Victorian distortions, expurgations and literalisms, her Divine Comedy was a faithful rehabilitation of the original. Clive James, the Australian-born polymath, nevertheless said Sayers had "simultaneously loaded her text with cliché and pumped it full of wind." Yet James's own translation of the poem, published in 2013, was a third longer than the original and, with its surfeit of fusty-sounding words ("whereat", "whomever"), gave the impression that Dante wrote in an antique Italian, when he did not.

Seven centuries on, Dante's epic journey of salvation and self-knowledge endures powerfully. I first read it in Rome in the mid 1980s, where I was working as a teacher. A beautiful second-hand edition of the Divine Comedy, fortified with Doré's copperplate etchings, caught my eye at a bookstall. I am still reading Dante today. His birthday on 29 May 1265, 750 years ago, marks the beginning of a long literary journey towards the light.
Ian Thomson's biography of Primo Levi is published by Vintage
By tvboogie - May 24, 2015
Email ThisBlogThis!Share to TwitterShare to FacebookShare to Pinterest
Labels: Religion

Our First Computer Program Was.... 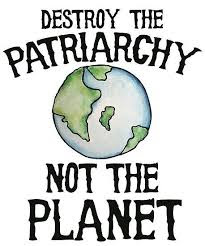