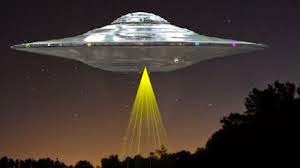 Reverend William Huffman had been an evangelist for many years, but had taken the resident minister reigns of the Red Star Baptist Church in early 1941. Church records corroborate his employment there during the period in question.

After receiving this call to duty, he was immediately driven the 10-15 mile journey to some woods outside of town. Upon arriving at the scene of the crash, he saw policemen, fire department personnel, FBI agents, and photographers already mulling through the wreckage.

He was soon asked to pray over three dead bodies. As he began to take in the activity around the area, his curiosity was first struck by the sight of the craft itself.

Expecting a small plane of some type, he was shocked to see that the craft was disc-shaped, and upon looking inside he saw hieroglyphic-like symbols, indecipherable to him.

He then was shown the three victims, not human as expected, but small alien bodies with large eyes, hardly a mouth or ears, and hairless.

Immediately after performing his duties, he was sworn to secrecy by military personnel who had taken charge of the crash area. He witnessed these warnings being given to others at the scene also.

As he arrived back at his home at 1530 Main Street, he was still in a state of mild shock, and could not keep his story from his wife Floy, and his sons. This late night family discussion would spawn the story that Charlette Mann would hear from her grandmother in 1984, as she lay dying of cancer at 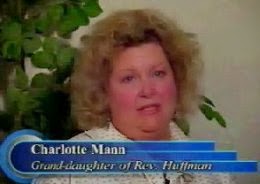 Charlette was told the story over the span of several days, and although Charlette had heard bits and pieces of this story before, she now demanded the full details.

As her grandmother tolerated her last few days on this Earth, Charlette knew it was now or never to find out everything she could before this intriguing story was lost with the death of her grandmother.

She also learned that one of the members of her grandfather's congregation, thought to be Garland D. Fronabarger, had given him a photograph taken on the night of the crash. This picture was of one of the dead aliens being help up by two men.

Charlette Mann gave, in her own words, an account of what she knew for a television documentary. Some of that account is given here:

"I saw the picture originally from my dad who had gotten it from my grandfather who was a Baptist minister in Cape Girardeau Missouri in the Spring of '41. I saw that [picture] and asked my grandmother at a later time she was at my home fatally ill with cancer so we had a frank discussion.

"She said that grandfather was called out in the spring of 1941 in the evening around 9:00-9:30, that someone had been called out to a plane crash outside of town and would he be willing to go to minister to people there which he did."

"Upon arrival it was a very different situation. It was not a conventional aircraft, as we know it. He described it as a saucer that was metallic in color, no seams, did not look like anything he had seen. It had been broken open in one portion, and so he could walk up and see that.

"In looking in he saw a small metal chair, gauges and dials and things he had never seen. However, what impressed him most was around the inside there were inscriptions and writings, which he said he did not recognize, but were similar to Egyptian hieroglyphics."

"There were 3 entities, or non-human people, lying on the ground. Two were just outside the saucer, and a third one was further out. His understanding was that perhaps that third one was not dead on impact. There had been mention of a ball of fire, yet there was fire around the crash site, but none of the entities had been burned and so father did pray over them, giving them last rites.

"There were many people there, fire people, photographers, and so they lifted up one, and two men on either side stood him up and they stretched his arms out, they had him up under the armpits and out here.

As I recall from the picture I saw, he was about 4 feet tall, appeared to have no bone structure, soft looking. He had a suit on, or we assume it was a suit, it could have been his skin, and what looked like crinkled, soft aluminum foil. I recall it had very long hands, very long fingers, and I think there were three but I cannot swear to that."

"My grandfather upon arrival, said there were already several people there on the scene, two that he assumed were local photographers, fire people, and so not long after they arrived, military just showed up, surrounded the area, took them off in groups separately, and spoke to each of them.

"Grandfather didn't know what was said to the others, but he was told 'this didn't happen, you didn't see this, this is national security, it is never to be talked about again.' 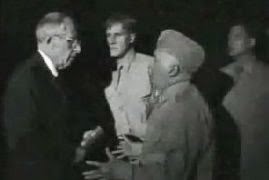 "My grandfather was an honorable man, being a preacher, that's all that needed to be said to him. And so he came home and told the story to my dad, who was there, and my grandmother and my uncle. Now my mother was expecting at the time, so she was off in the bedroom."

"My sister was born May 3, 1941, so we are assuming this was the middle to the last of April. And he never spoke of it again. But about two weeks later, one of the men who had a personal camera that he had put in his shirt pocket, approached grandfather and said I think someone needs a copy of this.

"I have one and I would like you to keep one. So that's how it came about that grandfather had the picture to begin with. But he never spoke of it again. The other people seem to be very intimidated and very frightened and paranoid."

Other living supporting witnesses include Charlette Mann's sister who confirmed her story in a notarized sworn affidavit, and the living brother of the Cape Girardeau County sheriff in 1941, Clarance R. Schade. He does remember hearing the account of the crash, yet does not have many details. He does recall hearing of a "spaceship with little people."

There are also Fire Department records of the date of the crash. This information does confirm the military swearing department members to secrecy, and also the removal of all evidence from the scene by military personnel.

Guy Huffman, Charlette's father also told the story of the crash, and had in his possession the photograph of the dead alien. He showed the picture to a photographer friend of his, Walter Wayne Fisk. 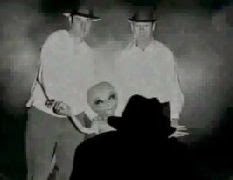 He has been contacted by Stanton Friedman, but would not release any pertinent information.

Charlette had no luck in getting Fish to return calls or answer letters. It has been rumored that Fisk was an advisor to the President, and if this was the case, would account for his silence on the facts of the Missouri crash.

This case ends like many others, but appears by all indications to be authentic. All who have come in contact with Charlette Mann found her to be a trustworthy person who is not given to sensationalism, and has sought no gain from her account.

There is still research being done on the Missouri crash, and hopefully more information will be forthcoming to validate this remarkable case.