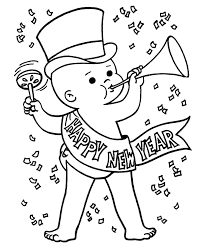 Celebrations in honor of the beginning of the year are found universally throughout the world.  Such observances may be primarily religious or entirely social, but they consistently demonstrate the significance attached to the renewal and continuation of life expressed in a calendar cycle.  Most scholars agree that New Year celebrations at their most basic are a mimesis of death and rebirth or recreation, mirroring and giving power to the most significant of the seasonal cycles; hence they are a rite de passage for all.

The year is for most societies computed on a lunar calendar; since this does not precisely match the movement of the earth around the sun many resort to irregular months, extra days every few years, or a system whereby some days simply 'fall off' the calendar and are not reckoned as real time.  Since the moon is usually the basis of the year, most societies celebrate the New Year at one of the equinoxes or solstices or the new moon nearest an equinox.  Later societies allocated fixed calendar dates for the New Year; medieval Europe celebrated Annunciation Day 25 March as New Year until the Gregorian calendar's introduction in 1852.

The most characteristic features of New Year celebrations around the world, which in their details are as diverse as the peoples celebrating, are license and feasting.   Often special foods are prepared, as in Japan where cakes are offered to the sun and moon and a purifying rice gruel is eaten to mark the end of the seven days of festivities.  To eat well at the beginning of the year, no matter how meager the fare has been until then, is a charm to ensure that the coming year will bring food in plenty.  The representation of the Old Year as a hoary wizened man, overtaken by the cherubic New Year in Western Lore is a reminder of the roots of the festival, the dichotomy of death and rebirth that recalls ancient ritual king-slaying as a means of restoring vigor to the cosmos and society.

If you are unhappy with the results of today's celebration, don't fret, the Chinese New Year is celebrated during the first full moon of the year which isn't until this Sunday (Jan 4th) at 10:54pm.  The Chinese observe the Feast of Lanterns by hanging colourful and highly decorated lanterns from houses and graves with street celebrations and firework.  We Pagans get to run around nude, although for me it is a private affair I do on my patio.

So, enjoy your New Year Day, mine isn't until Sunday.