Ah yes, May, the fifth month of the current Gregorian calendar and the third month of Spring's rule, which derives its name from the Roman Springtime goddess Maia, whose divine powers encouraged the growth of crops.

Wooo, I have to stop here for Maia is also the mother of Hermes, and well, I have to go Hermetic on your ass now because we have invoked the name of Hermes Trismegistus which brings us to today's topic: The Holy Qabalah, Aleister Crowley, and Nursery Rhymes, for you see all nursery rhymes before the Demiurge's Fake Religion of today, were holy. 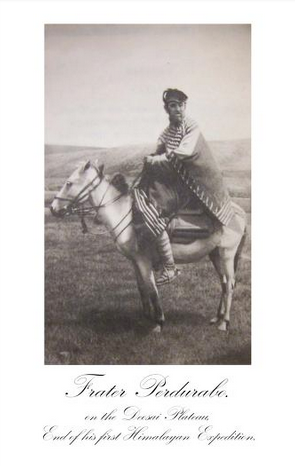 So hold onto your seats boys and girls as we reveal one of the great secrets of the adepts.

Went to her cupboard

To get her poor dog a bone;

When she got there,

The cupboard was bare,

And so the poor dog had none.

Who is this ancient and venerable mother?  According to Aleister Crowley she is none other than Binah of the Kabbalah, as is evident in the use of the holy letter H with which her name begins.

And to what cupboard did she go?  To the most secret caverns of the Universe? And who is this dog?  It is not the name of God spelt backwards (saying "not" is the only way one can share the true secrets of an Initiate without provoking the spirits of the teachings).  And what is the bone?  It is the master's Wand.

As Crowley said in his The Book of Lies, "This rime is the legend of the murder of Osiris by Typhon when the limbs of Osiris were scattered in the Nile, and Isis sought them in every corner of the Universe, and she found all except his sacred lingam, which was not found until Crowley's own time, but that's another story for another time.

How about this one:

She lost her sheep,

And couldn't tell where to find them.

Dragging their tails behind them.

"Bo" is the root meaning Light, from which spring such words as Bo-tree, Bodhisattva, and Buddha. And "Peep" is Apep, the serpent Apophis.  This poem therefore contains the same symbol as that in the Egyptian and Hebrew Bibles.  The snake is the serpent of initiation, as the Lamb is the Savior.  This ancient one, the Wisdom of Eternity, sits in its old anguish awaiting the Redeemer.  And this holy verse triumphantly assures us that there is no need for anxiety.  The Saviors will come one after the other, at their own good pleasure, and as they may be needed, and drag their tails, that is to say those who follow out their holy commandment, to the ultimate goal.

The mouse ran up the clock;

The clock struck one,

And the mouse ran down,

The clock symbolizes the spinal column, and the mouse is the Ego (the Qabalistic spelling of the word "mouse" backwards). The Ego force being driven up the spine, the clock strikes one, that is, the duality of consciousness is abolished.  And the force again subsides to its original level to try again.  Go back into meditation and figure it out.

"Hickory, dickory, dock!" is the mantra which was use by the adept who constructed this rime, thereby hoping to fix it in the minds of men.

Humpty Dumpty sat on a wall;

Humpty Dumpty got a great fall'

All the king's horses

And all the king's men

Humpty Dumpty is of course is the Egg of Spirit, the fertility egg, and the wall is the Abyss -- his "fall" is therefore the descent of spirit into matter; and no mere leader of men can put him back together again, it takes more, much more, such as faith. Faith in what, now that is the true question here.

So that is it for today, Inititaes.  Remember, after five years of silience you will begin to understand.  The answer is love, but first, we must listen.  Oh, and never look at your image in the mirror besides a candle.  But you probably already know this. 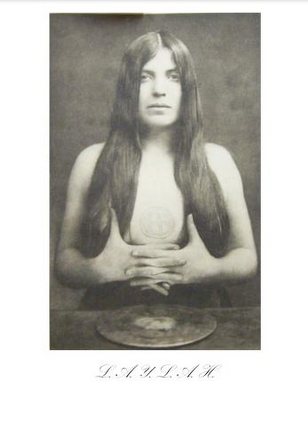