Cancer Diary April 27. The day I found Out.

On this day (April 27), in 4977 B.C., the universe was created, according to the German mathematician and astronomer Johannes Kepler. Was he right? Who knows, the guy wasn’t a religious quack, he was a planetary doctor. He looked up at the sky and saw things. Shit, he has the telescope that found new worlds in distant galaxies named after him, so he probably is right.
Good news: I’ll soon be able to ask him on the other side. You see, I’m dying.
Today is not only the day the world started, it is the day the doctor told me my life is ending, for you see I have lung cancer.
And so the fight begins.
I thought I had beaten this sucker last year when they removed part of my lung and said I was good to go.
This might be the subject of my blog for awhile.
Welcome to my cancer diary.
Facing death, I now understand life. It’s actually a relief to not have to worry about tomorrow for I am now entering the great beyond. Don’t worry for me, this place has never been my home for I’m just a pilgrim on the road (Steve Earle).
The only thing I fear now is shitting myself in bed. I hope I go before that happens.
I do intend to reincarnate quickly and continue this blog. So, I’ll see you in 30 years or so, quicker if I reincarnate with better spelling skills.
I’m dying. April 27th and not only am I dying, but I am troubled.  I am troubled by the Oligarchs' bombing, raping, and pillaging in Ukraine that continues while the world does nothing; I am troubled that Suu Kyi, the liberal democracy leader in Myanmar who was ousted by a military coup, is now being imprisoned for five years on trumped up charges that she received gold as the president of the country.  For those of you too concerned with hanging guilt on the Democrats or Republicans -- whichever lie they got you believing in -- I have to tell you that Myanmar should alarm you for it is a prelude of the fight for freedom that is playing out in most countries of the world, and will soon be at a government near you -- if it already isn’t.

Suu Kyi has been fighting for democracy in Myanmar her whole life.  In a fair election in 1990, her party won 81% of the votes, and yet she was not allowed to serve and was instead put under house arrest by the oligarchy controlled military who claimed she "stole the election."  Yes, the same thing Trump tried to pull in the USA 2020 election where he lost, and then tried to get a coup of Right Wing Americans to takeover the capital and create a shit storm of chaos so ugly that he could declare Marshall Law and keep his power forever, as his comrade in Russia has done.

Yes, the 1% of the 1%'ers, the Oligarchs of the world are winning.  They do it by getting control of a country's conservatives, and/or military leaders and killing off the moderates and free thinkers.  In France, they almost achieved the crème de la crème last week in a close election where the moderate leader barely defeated the conservative Putin implant who wanted to build a wall around France from the rest of Europe -- sound familiar?  It should, for it was the same thing that happened in the USA with Donald Trump and his love affair for Russia.  Fortunately for the US, however, our military is run by a mixture of people that includes People of Color and varying religious backgrounds, and so, Trump couldn't get control over the military that he needed to pull off his Vladimir Putin coup.

End of Cancer Diary April 27. The day I found out. 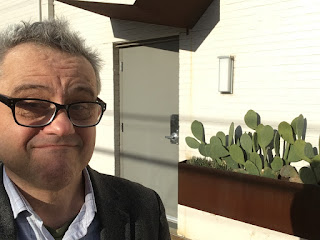