In the Lotus Sutra, Bodhisattvas of the Earth are volunteers who have come to fulfill the mission to propagate the Mystic Law.  I am a volunteer.  This is my blog.

My name is Boogie, Doctor T V Boogie that is.  I was born on a cold winter's day in an industrial city just north of Canada called Detroit Michigan.  If you ever want to win a few dollars at a bar, just ask someone to name a major US city north of Canada that is not in Alaska.  They can't.  I just did. 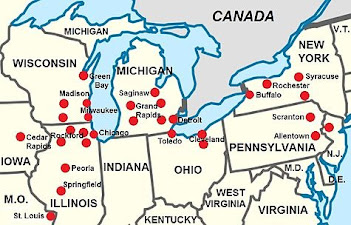 I took religion serious from the beginning.  I prayed to Jesus but somehow never felt anything other than one of those brain freezes that you get from drinking a cold drink too fast on a hot day.  I can't tell you the first time I saw a Jesus cross, maybe because there were so many; I can, however, tell you the first Buddha statue I saw on Woodward Avenue and Nine Mile Road.  It was outside a Chinese Restaurant that we past on our way to the Five and Dime Store -- for those too young to know, before there were Dollar Stores, there were Dime Stores, which begs the question: What's next, Twenty Dollar Store?  Perhaps.  But I don't want to talk about money, I want to talk about that Buddha I saw.  I stopped and felt something.  I asked my Grandmother, "Who is that?"

"It's a Chinese Big Boy Restaurant, stay away, they cook dog meat." 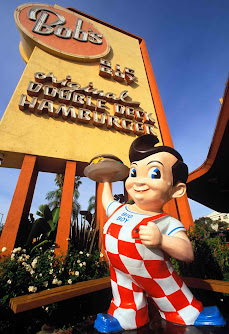 Yes, my grandparents were racially opposed to anyone who didn't have pinkish skin and round eyes, but then, they didn't like most white people either so I didn't think much of it until I got older and knew there had to be a better way, a Bodhisattva Way.

When I was about seven or eight, there was a hit television series called Kung Fu.  All the kids loved it.  It was about this half-Chinese/half-Western man who was raised in China and came to the USA to find his lost brother during the Wild, Wild, West days.  He was a real badass, and the kids on the playground pretended to be Kung Fu by kicking each other.  I didn't understand it, I wondered, don't they see that he doesn't want to fight?  That he wants to avoid fighting and be peaceful!  That was the Kung Fu who inspired me.

I tried to fit in, but always knew I was different spiritually than those around me.  And it took years to figure out, but I eventually did, and that is what this blog is about. 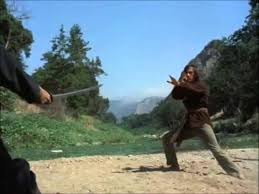