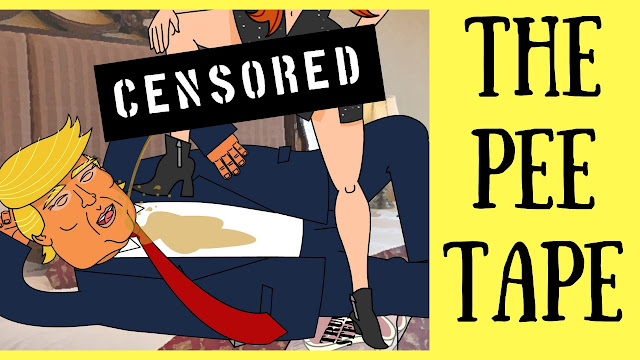 Okay, I'm still here.  I was hoping Donald Trump would be gone by now but he's not.  I don't get it.  Everyday I expect the rest of the world (the 35% who still support him) to wake up and say, "Okay, we f**ked up, this guy is a criminal imbecile."

I'm so confused by this that I wrote a poem called

(Spoken with the cadence of kids jumping rope.)

A criminal imbecile was elected president

by a talking bad about the immigrant.

This criminal imbecile had no sense at all

he took a million dollars and he spent it on a wall.

This criminal imbecile once went to Russia

where he was peed on in a shower stall.

The Russian spies still have film of it

so in reality, Putin is our president.

If this is the America that you want

lay on your back and piss strait up

The piss will fall back on you in the same way

that Donald Trump is pissing today.

That's my poem, sorry if it offends a few of my Republican fiends, I was hoping to offend you all as you have me with your closed-minded hate for the land of the free and home of the brave.