Hitler and Trump Hiding in their Bunkers, first comes love, then comes marriage.... 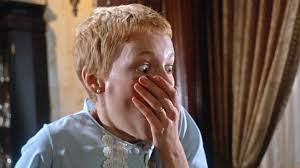 Hitler and Trump
Hiding in their bunkers
First comes love,
Then comes marriage,
Then comes Satan
In a baby carriage.
(Poem by Dr TV Boogie: all rights reserved ©2002)

So, I've made the comparison between Trump and Hitler before, mostly how they both use nationalized racism to gain power; now, with Trump's eminent demise happening before our eyes, it's scary to note the similarities between the two evil leaders' ends.

First, in the last days of Hitler's rule, he hid in his bunker surrounded by the last of his cult followers.  Last week during the Washington DC Black Lives Matter (BLM) protest, Trump did the same.  He says he just went down to inspect it.  Really!  And if you believe that I have some penny marijuana stock that will be worth millions in a year to sell you.

The question is what did Trump see in his bunker?  Did he meet Hitler's spirit there and finally see that his charade of playing president was over?  The facts are Trump inherited a good economy from President Obama and until Covid 19 his only task was to cut taxes for the top 1% and show up for his Made-For-TV hate rallies.  Once Coved 19 hit, the bottom began to fall out.  Trump was clueless and his lies really mattered.  And when the BLM protest began, he was scared shitless.  He no longer had the country he ruled living in fear of him as we have been for the last three years watching him get away with lie after lie while calling real news "Fake," and fake conspiracies,  "News."   The writing is on the wall and if he is reelected there is no doubt the system is rigged.  Trump has lost the middle vote required to get elected in our electoral college hoax.  The electoral college system that was put in place so slave owners had an advantage over the popular Northern "Yankee" vote.  Here in Dallas I see Republicans who say there is no way in hell they would vote for Trump again,  and if they do vote it will be Biden.  Without 100% of the Republican vote Trump has no chance.  And just as Hitler knew his days were up when the Allied Troops marched to his borders, Trump knows his days are up with the thousands of voters at the White House protesting from his borders.  Hitler hid in his bunker with only a few appearances which showed his demise, just as Trump is hiding in his fenced-in White House with only a few appearances which show his demise.

One of the last propaganda films of Hitler shows he had a nervous disorder, most likely Parkinson's Disease, but nonetheless, serious issues doing simple things like walking and... holding a glass of water.
Trump might not have Parkinson's, but there is something wrong with him.


Whatever the ailments, if Trump does lose the election this fall we will have survived our greatest challenge to democracy ever.  There will be victory marches with dancing in the streets like we haven't seen since the victory over Germany in 1944, I'm sure.  Trump never saw his threat to democracy because he's always been surrounded with idiots who called him king -- to paraphrase a John Lennon lyric from the 70's.  The song Lennon wrote was about his grievances with Paul McCartney after the Beatles broke up.  Here is an excerpt of the lyrics John wrote in his song "How Do You Sleep." It sure fits Donald Trump.