May 22, the day they killed Forrestal Becasue He Opposed The War Machine.

At around 2 a.m. on the morning of May 22, 1949, America's first Secretary of Defense, James Vicent Forrestal fell to his death from a small window on the 16th floor of The Bethesda Naval Hospital.  A lot has been made out of his death, most recently by the UFO community who believe Forrestal was murdered to keep him quiet about Rosewell.   Undoubtedly, Forrestal's death is peculiar as pointed out by Richard Dolan and his Richard Dolan Press website where Dolan tells us "several oddities" of the death:

1. Very unusual that Forrestal was placed on the 16th floor, as opposed to the first floor where most mental patients were kept.

2.  Scuff marks were found on the window ledge as if Forrestal had changed his mind and tried to climb back up, or, fought to get back up.

3.  Why was a rope used when he was jumping out a 16th floor window?

Finally, in his article, Dolan reminds us:  "The investigation was as much of a sham as that of president Kennedy...fourteen years later."

Okay, so there was something fishy about Forrestal's death, no doubt and before I give you the EsotericDaily read on this, I believe a quick refresher course on the man James Forrestal is in order: 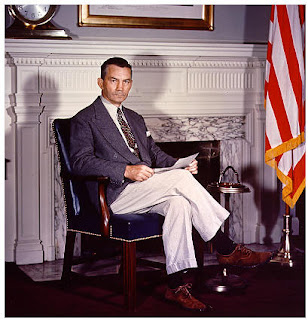 First, Forrestal was from a wealthy family and if he had been born today, would probably be one of the "Deregulation  / Lower My Taxes /  Gated Community" 1%'ers who refuse to pay their fair-share of the pie.   Fortunately, however, this was the early 20th century and a good number of the wealthy were progressive and fought for such things as Fair Wages for employees, Safety Net for the Old, and Rights For Minorities. Yes, Forrestal was a New Dealer who supported the Roosevelt policies that gave us Social Security --  can I get an Amen? 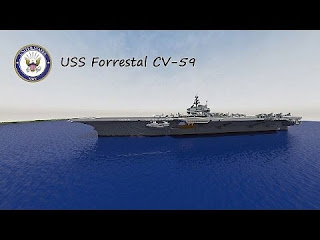 Before he was the first Secretary of Defense, Forrestal had also been a successful -- wait for it -- Wall Street Banker!  That's right, he hobnobbed with the Rockefeller and Morgan’s and helped them get richer.  He was definitely in the club.  Also, though, unlike the Trump and Bushes of today, when war came, Forrestal joined the fight and made a name for himself there.  Forrestal was so proud of his service in the Iwo Jima battle that he kept the original flag as a souvenir -- the famous photo done by Rosenthal of the battle was actually a larger one hosted up for the photo, not the actual flag used in battle which Forrestal kept dear to his heart: a true American! 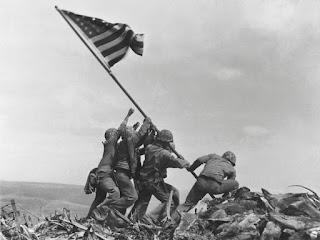 So, as you can see, by today's standards, Forrestal would be another greedy bastard bitching about your $15 an hour protest for a minimum wage, but as I have said, he wasn't because back then the wealthy knew they were blessed with their fortune from those of us plowing their fields.   Unfortunately, it was probably this reasoning that he either committed suicide over, or was tossed from a window to keep his mouth shut.  Why?

Well, lets look at the highlights of what this man did:

He introduced the policy of racial integration in the military.

He opposed dropping the nukes on Japan which some of the politicians back in DC thought approached insubordination (Zacharias, Ellis, "How We Bungled the Japanese Surrender).

He argued against the Partition for Palestine which created The Jewish State.

He advocated the release of UFO Roswell UFO records.

He implemented a "Needs" based budget for military spending.

The list goes on from  Communist Hater to a supporter of the
Republican (Dewey) candidate who ran against Truman and almost won -- yeah, that probably pissed off Truman a little. 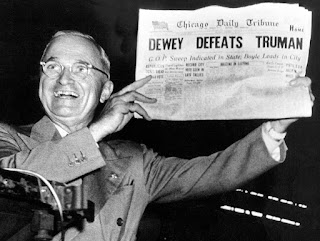 So his life was a bit controversial, and his death...  well, let’s look at his death:

On the morning of his death, Forrestal had been reading a book of poetry which he had left opened to an excerpt from Sophocles “Ajax.” 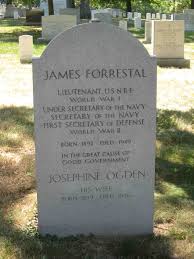 In the tragic play, Ajax is the last hero and halfway into the play, commits suicide.   The remainder of the play is the argument to bury him as a hero or let him rot above ground.  In the play, Ajax says:

“Woe, woe! Will be the cry—
No quiet murmur like the tremulous wail of the lone bird, the querulous nightingale.”

Forrestal had written these words on a pad of paper beside the the book of World Poetry.   He stopped at “night” of the last word “nightingale.”

So what’s it all mean?

1st of all, it is highly unlikely that a murderer would have the literature background to leave this book of classical writing for a suicide note, so one has to conclude that Forrestal himself left it.  Maybe he knew the killers were coming for  him and so Forrestal left it as a warning that there are no heroes left, that the governing power is all corrupt.   In the Ajax story, Ajax is mislead by a goddess to slaughter innocent “Sheep” thinking he was killing the real enemy.   This definitely is worth mentioning, but I’ll leave it to you to define.  My read on the Forrestal story is that he was the first casualty of the Military-Industry Complex President Eisenhower warned us about in his final message to the people.   The same War Profiteering company that killed Kennedy because he was standing up to them.   The same War Machine that Forrestal came across as the leader of the department of defense when he implemented his “Needs Basis” approach to spending tax-payers money to profiteers. The same greedy war machine that made the Bush’s and Koch Brothers wealthy.   The same War Machine that fears regulations for they will expose their corrupt lies keeping you and me down. 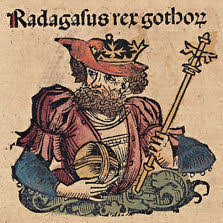 Viking leader Ragnar Lodbrok is remembered on this day.  He was captured by the Northumbrians and killed by being thrown into a pit of poisonous snakes.  His death song, which reflects his faith in the afterlife, has been passed down from generation to generation to provide hope and reassurance about what lies beyond.

I did not look to a snake
to be my bane
things happen very often to one
that one thinks of the least.

Soon now will my body
die among the beasts. 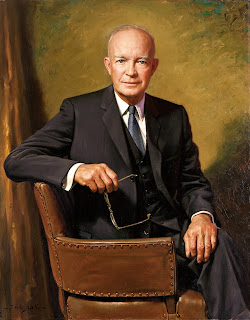 Eisenhower’s words have never been more important than they are today with the War Machine owning all politicians through the Koch Brother's Millionaire Fund.

In the councils of government, we must guard against the acquisition of  unwarranted influence, whether sought or unsought, by the military–industrial complex. The potential for the disastrous rise of misplaced power exists, and will persist. We must never let the weight of this combination endanger our liberties or democratic processes. We should take nothing for granted. Only an alert and knowledgeable citizenry can compel the proper meshing of the huge industrial and military machinery of defense with our peaceful methods and goals so that security and liberty may prosper together. [emphasis added]