The Day Lincoln saw his death. 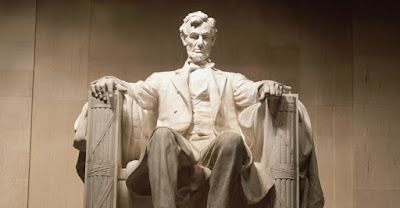 It was on this day (November 7th) in 1816 that Abraham Lincoln saw his death in a mirror.

The day after his first election to the presidency in 1860, Lincoln called his good friend journalist Noah Brooks (1830-1903) into his office. He had been startled by a vision of seeing two of his faces at once in a mirror and wanted to tell Brooks about it. Brooks made a written record of the conversation, later including it in his White House memoirs, Washington in Lincoln’s Time (1895). Adapted from Brooks’ work, these are Lincoln’s words:


It was just after my election in 1860, when the news had been coming in thick and fast all day and there had been a great “hurrah, boys,” so that I was well tired out, and went home to rest, throwing myself down on a lounge in my chamber. Opposite where I lay was a bureau with a swinging glass upon it (and here he got up and placed furniture to illustrate the position), and looking in that glass I saw myself reflected nearly at full length; but my face, I noticed had two separate and distinct images, the tip of the nose of one being about three inches from the tip of the other. I was a little bothered, perhaps startled, and got up and looked in the glass, but the illusion vanished. On lying down again, I saw it a second time, plainer, if possible, than before; and then I noticed that one of the faces was a little paler — say five shades — than the other.


I got up, and the thing melted away, and I went off, and in the excitement of the hour forgot all about it — nearly, but not quite, for the thing would once in a while come up, and give me a little pang as if something uncomfortable had happened. When I went home again that night I told my wife about it, and a few days afterward I made the experiment again, when (with a laugh), sure enough! the thing came back again; but I never succeeded in bringing the ghost back after that, though I once tried very industriously to show it to my wife, who was somewhat worried about it. She thought it was a “sign” that I was to be elected to a second term of office, and that the paleness of one of the faces was an omen that I should not see life through the last term. 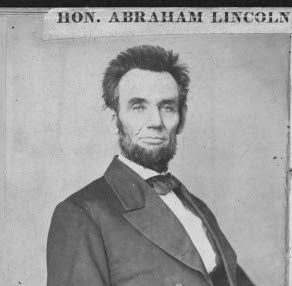 What's in your mirror today?