change is a coming, a good, happy, New Atlantis... 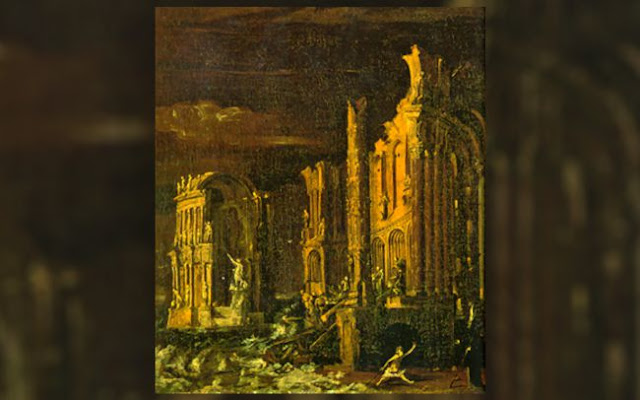 In case you missed the news last week, the lost continent of Atlantis has been found.

That's right folks, Plato wasn't bullshitting when he spoke of the land called Atlantis, where a mighty empire vanished beneath the waves after a series of “excessively violent earthquakes and floods.”

Douwe van Hinsbergen, a geologist at Utrecht University in the Netherlands, has been exploring one of the most dramatic of these lost continents — known as Greater Adria. In a paper published in early September in the journal Gondwana Research, he and his colleagues studied rocks around and beneath the Mediterranean Sea to reveal the full extent of Greater Adria for the first time. “It’s enormous! About the size and rough shape as Greenland,” he says.

If you don’t recall seeing Greater Adria on a map, there’s a reason for that. It is completely buried — not under the ocean, but beneath southern Europe. About 140 million years ago, the two continents began to collide. Greater Adria got bulldozed and buried in the process and mostly sank beneath what is now Italy, Greece and the Baltics.

So pull out your crystals boys and girls, because from Plato to Edgar Casey to Isaac Asimov people have been telling us about the lost city of Atlantis, where everyone was rich and took care of each other.  Funny, how the finding of this continent comes at a time when "Climate Change," "Over Population," and "Greed" have given us a distressed world where people are killing people just for the fame and the United States of America has given us a modern Adolf Hitler. 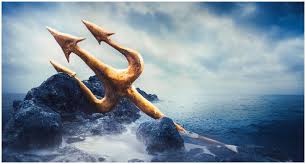 So, what am I saying here?

Simple:  change is a coming, a good, happy, New Atlantis... which includes medical care for all and free education.  Okay, so you rich bastards will have to downsize you five-thousand square feet homes down to something more manageable like, say twenty-five hundred square feet.  I mean, how many rooms do you need for your kid?

According to the Egyptians, or rather what Plato described Critias reporting what his grandfather was told by Solon who heard it from the Egyptians, once upon a time, there was a mighty power based on an island in the Atlantic Ocean. This empire was called Atlantis, and it ruled over several other islands and parts of the continents of Africa and Europe.


Atlantis was arranged in concentric rings of alternating water and land. The soil was rich, said Critias, the engineers technically accomplished, the architecture extravagant with baths, harbor installations, and barracks. The central plain outside the city had canals and a magnificent irrigation system. Atlantis had kings and a civil administration, as well as an organized military. Their rituals matched Athens for bull-baiting, sacrifice, and prayer.


But then it waged an unprovoked imperialistic war on the remainder of Asia and Europe. When Atlantis attacked, Athens showed its excellence as the leader of the Greeks, the much smaller city-state the only power to stand against Atlantis. Alone, Athens triumphed over the invading Atlantean forces, defeating the enemy, preventing the free from being enslaved, and freeing those who had been enslaved.


After the battle, there were violent earthquakes and floods, and Atlantis sank into the sea, and all the Athenian warriors were swallowed up by the earth.