Making sense of the Trump Age is easy. 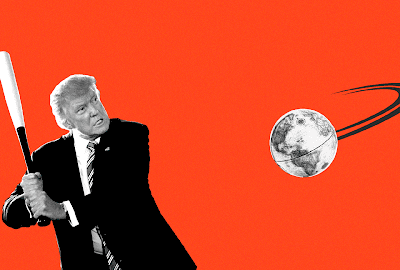 The Great Ages are at Work!  That's right, the good-old-fashion, hippy-dippy, Age of Aquarius is here and the oppressive Piscean Age is a going.  We've seen this change coming for awhile now, actually, some scholars believe as far back as the independence of the USA and French Revolutions, perhaps, but the truth is there is no exact starting or ending points to the ages; hence: we have today's overlapping old-way/new-way mess.

The Pisces age began around 1 AD.  That's right, the year of our Lord and Savior, or should I say, Baby Jesus. A lot has been written about the precepts of Christianity and its Piscean Fish Symbol.  I'm not going to go into that here, instead I'll refer you to the works of Manly P Hall, and say that there can be no disputing that the last 2000 years have been dominated by the Christian Faiths.

The Age of Aquarius is believed to be from the years 2100 to 4,400.  That is to say, by the year 2100 there will be no remnants of the Piscean Age left.  In his book "Signs of the Times," Ray Grasse calls the time we are in "between acts."  And it is this "Between Acts" that has given us the Nationalism and Despotism of Donald Trump who is trying to keep us from going forward by turning back the hands of time and "Making America Great Again." Truth is, it wasn't greater then than it is now, just more Piscean, and I have news for those supporting this backlash on human consciousness: it ain't going to happen.  We are going Aquarius with or without you and there is nothing any of us can do about it; the same forces that ushered in the Baby Jesus are now ushering in a more enlightened world.  As the 1960's song by the 5th Dimension called "Aquarius/Let The Sun Shin In" says:

The concept of the Great Ages is based on a phenomenon astronomers call the precession of the equinoxes.  On the first day of spring each year, referred to by astronomers as the vernal equinox, day and night are equally balanced.  For astrologers, this yearly occurrence has long held great importance as a time of balance and new beginnings, when the proverbial "crack between worlds" has opened and humanity is more receptive to the inflow of cosmic energies from the universe. 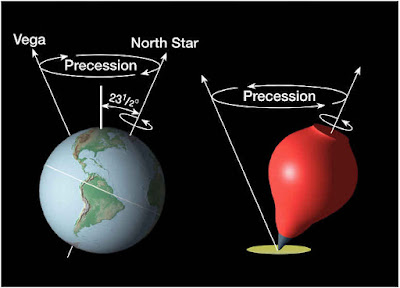 Each year this occurs, the sun is superimposed against a particular constellation within the band of stars located along its path through the year, what astronomers call the ecliptic.  Because of the slow wobble of the Earth's axis over time, this vernal point is gradually shifting in its position through the sky, moving through the constellations at the slow rate of one degree roughly every seventy-two years.  On average, it takes a little over 2100 years for this vernal point to traverse a single constellation, a period that comprises a single Great Age.  Over the course of nearly 26,000 years, it completes a full circuit of the sky, giving rise to what is called a Great Year.

Returning to Grasse's book "Sign of the Times," he writes: At its worst, the Piscean Age was an era of religious intolerance, when large populations were expected to show unquestioning allegiance to a monolithic belief system, as exhibited in much of Christianity and Islam during this time... As the last sign in the zodiac (determined by the sun's counter-clockwise movement), Pisces is that final stage in the soul's evolution where the boundaries of personality have begun to dissolve and the soul merges with the cosmic ocean of existence." 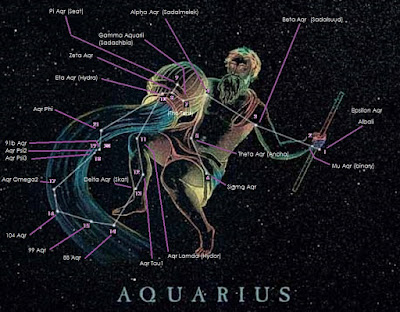 Now juxtapose this with the terms most used for the Age of Aquarius: Freedom, Humanitarianism, and Idealism, and you see the problem with this Trump Age and his followers: They in shock.  They fear this upgrading of the collective intelligence.  They fear that if they don't reject it, they will become extinct. They are fighting it with every bone in their bodies.  This is why they are trying to suppress the vote and appoint Men Behaving Badly judges to the supreme court, as well as buying up all the news and information sources they can.  They really think they can stop progress.

They can't, and somewhere inside themselves must know: