skeleton asteroid is headed right for us!

It is September 29th, 2018, and maybe the worlds gone mad under Donald Trump.  While all this Supreme Court Nomination  is going on the Republicans have passed another tax cut for the rich and a skull shape commit is heading straight for us. 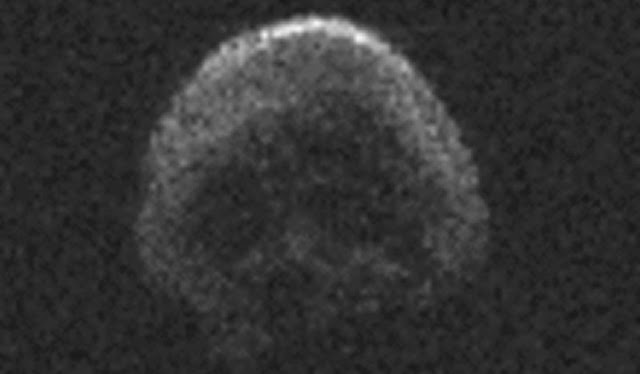 No shit, the asteroid that NASA has deemed as the Death Star will pass over us around November 11th.  It will first be close enough to us to draw on our energy on October 31, 2018.  Halloween.

Getting back to the tax-cut, have you seen our national debt lately?

Oh, that's right, you're drinking the kool-aid.  Just as George Bush cut taxes and increased spending for an unfunded war, Donald Trump is cutting taxes and increasing spending while taking credit for the Obama recovery.   It's bonkers.  And only one conclusion:  they are trying to destroy the economy to one, break the system so they can rebuild it without any liberal programs such as welfare, social security, or two, the conspiracy guys and gals are right and they want a financial collapse so they can have a one-world government.

I agree with the later people.  And I believe the one-world government is under the whitest country left:  Russia.

God help us all.  They're are no more heroes, only greedy takers.

Fortunately for me, I'm giving up on attachments and things, so it doesn't matter.

Three things cannot be long hidden: the sun, the moon, and the truth.
The mind is everything. What you think you become.
Do not dwell in the past, do not dream of the future, concentrate the mind on the present moment.
Ommmmmmmmmmmm....