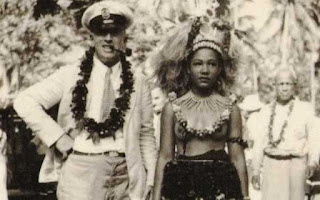 Another one for the peaceniks:

In 1888, Otto von Bismark decided to establish a German colony in Samoa and sent a fleet of ships to take over this group of South Pacific islands.  They shelled the native villages—destroying some American property—and later ripped down an American flag.  In response, the United States sent a fleet of ships to protect the Americans.  As the two groups of warships prepared to fight it out in a Samoan harbor, a hurricane suddenly struck the islands, destroying both fleets.  The German and American sailors found themselves frantically trying to save each others’ lives.  Both countries soon forgot their grievances, but if that hurricane had hit just a few days later, it’s very likely the United States and Germany would have gone to war.

What does this teach us boys-and-girls?    Yes, sometimes it takes a whole lot of luck to see the blessings of peace. 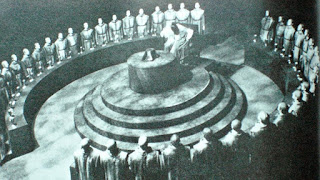 Since today in August first, I think it is only fitting we note why banker's love this day.  In 1463, the greatest of the Medici bankers, Cosimo "the Elder," dies at 75 in his villa at Careggi, Italy, while listening to one of Plato's Dialogues.  Cosimo took the successful bank established in Florence by his father, Giovannie di Bicci, and grew it into an empire, with nine major branches throughout Europe, ventures in insurance, money markets, speculation, farming, manufacturing, international trade, and control of state taxation.  Yes, the first Federal Reserve, and some say, still a controlling family in today's world banking systems.

I don't know about the Medici connection, but it is funny that on this day in 1778, in Hamburg, Germany, the hometown of the Illuminati organization, the world's first World Savings Bank is created. 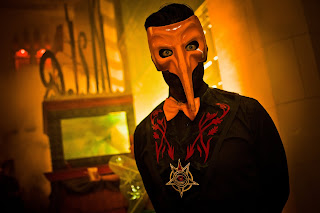 If I might add, the one thing about these secret societies is they love to keep dates sacred.  In today's news:  The US Fed closes its two-day meeting today. 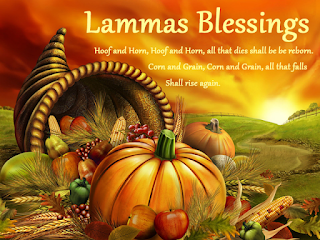 The festival of Lammas (loaf-mass), the feast of the first fruits that was held in celebration of bread loaves baked from the first grain harvested, is celebrated on this day.  Pagans of old celebrated Lammas by weaving corn dollies and offering the first loaves to their goddess and god.