Researchers at Purdue University believe that the red Tesla Roadster Elon Musk launched into space in February could be "the largest load of earthly bacteria to ever enter space."

That's right sports fans, on February 6th of this year of our Lord, the boys and girls at SpaceX made a public launch for you and me to see!  Oh my!  And what a feast, the car launched into outer-space included a mannequin spaceman named "Starman" after the famous David Bowie song while Bowie's "Life on Mars" blasted in the background of the Roadster's intergalactic road trip.

And, get this: The Roadster is loaded with Earth's orgasm going nowhere?

I'm not buying it.

A few months ago I told you about the secret Space X craft made to fly in space for years called the  X-37B. I also went on to tell you that I believe it was designed for the elite (most wealthy and white, most notably: Donald Trump and Valdemar Putin) who are ready to take their family and money to a new planet while we all suffocate on the poised planet they are leaving behind.

They know this planet can't take much more of their greedy ways, and so instead of solving the true problems on this planet, they -- along with the Secret Space program -- have found a new one.

Could this be where the Earth orgasms are heading?

Think about it?   With all this new White Supremacy, of which Trump and Putin are definitely followers of, it's not too crazy to think in their plans an all white world, they have to be looking elsewhere.   Obviously they know we're not going to sit back and let them doing the Nazi gas chamber thing again... are we?

So what is the solution?   Save This Planet, stop letting greed destroy it.  Do something! 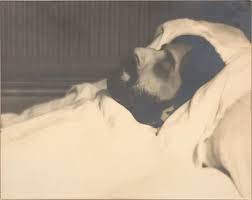