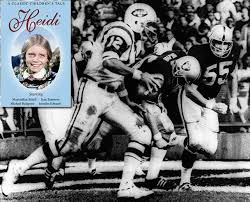 On this date in 1968, US sports fans were tuned to the one of the most exciting games of the season -- an epic clash between the New York Jets and the Oakland Raiders, during which the two teams had traded the lead eight times.  Wit little more than a minute left to play, the Jets kicked a 26-yard field goal that gave them a 32-29 lead.  What happened next was one of the most astonishing climaxes in football history: Oakland managed to score twice in nine seconds to win the game 43-32.  But no one saw it!  Instead, at precisely 7 p.m. (EST) Heidi began her wholesome romp through the Alps in NBC's remake of Johanna Spyri's classic children's story.

In 1924 of this year, Russian revolutionary leder Vladimir Ilyich Lenin's body is laid to rest in a marble tomb in Red Square near the Kremlin. 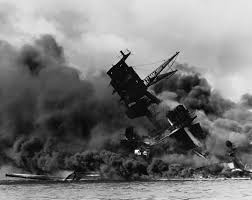 In 1941, Joseph C. Grew, ambassador to Japan, cables the U.S. State Department that he heard that Japan had "planned to attack Pearl Harbor."  -- to which the U.S. Government said:  "Keep your mouth shut, we know -- (paraphrase)." 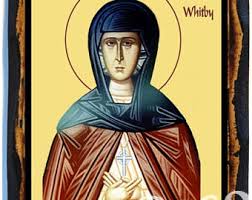 This is the feast day of Roman Catholic Saint Hilda, the daughter of a king of Northumbria.  At the age of thirty-three, Hilda entered the Chelles Monastery in France.  Later, she returned to Northumbria to become abbess of Hartlepool.  In time, Hilda was named head of the double monastery of Streaneschalch, at Whitby.  Saint Hilda is regarded as one of England's greatest women.