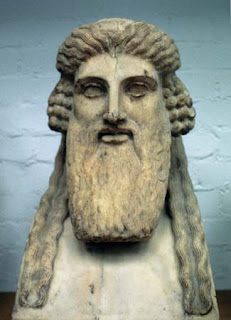 In ancient times, Greek theatrical performances known as the Urban Dionysus began annually on this date in honor of the god Dionysus.  They continued for five consecutive days.  Funny, it was on this same day in 1895 that the Lumière brothers, Louis and Auguste, shot a very short film of workers leaving a factory in Lyon.  That movie, the first in history, was seen by a small circle of friends and no one else.  It wasn't until December 28 that the Lumière brothers gave a public showing, along with nine more of their shorts, which also recorded fleeting moments from real life.

In that basement of the Grand Café in Paris, there was a full house:  Thirty-five people at a franc a seat.

Georges Méliès was in the audience.  He wanted to buy their movie camera.  Since they wouldn't sell it to him, he had to invent his own.