In ancient Rome, an All Soul's Day ceremony known as the Feralia was held annually on February 21 at the close of the Parentalia festival.  Family reunions were held and Lares (ancestral guardian spirits) were honored with prayers and offerings.


Equally as peculiar, February 21 is the International Mother Language Day.

Every two weeks, a language dies.

In 1974 Angela Loij died.  She was one of the last Ona Indians from Terra del Fuego, way out there at the edge of the world.  She was the last one who spoke their language.

Angela sang to herself, for no one else, in that language no longer recalled by anyone but her:

I'm walking in the steps
of those who have gone.
Lost, am I.

In times gone by, the Onas worshipped several gods.  Their supreme god was named Pemaulk. 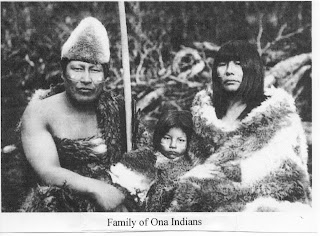