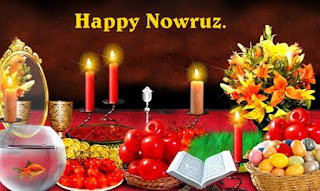 Nowruz, the annual Iranian New Year celebration begins on this date and continues for thirteen days.  Bonfires are lit and sacred rituals involving eggs and mirrors are performed.

A Pagan religious festival was held each year on this day in ancient Mesopotamia to celebrate the sacred union of the God and Goddess, and to give thanks for the creation of the human race.
By tvboogie - March 30, 2016 No comments:
Email ThisBlogThis!Share to TwitterShare to FacebookShare to Pinterest
Labels: Pagan

Get over it: Easter has nothing to do with Christ.

Easter gets its name from a Pagan god, some say Ishtar, but here at Esoteric Daily, we prefer Oestre.  They are the same stories told to different tribes before Christianity stole the festivity in name of their Myth.  Nonetheless, here is the real reason for the season: Spring, rebirth, fertility. 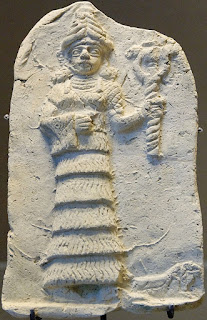 Yes, the Teutonic goddess of spring and the dawn, whose name is spelled Oestre or Eastre (the origin of the word "east" comes from various Germanic, Austro-Hungarian words for dawn that share the root for the word "aurora" which means " to shine"). Modern pagans have generally accepted the spelling "Ostara" which honors this goddess as our word for the Vernal Equinox. The 1974 edition of Webster's New World Dictionary defines Easter thus: "orig., name of pagan vernal festival almost coincident in date with paschal festival of the church; Eastre, dawn goddess; 1. An annual Christian festival celebrating the resurrection of Jesus, held on the first Sunday after the date of the first full moon that occurs on or after March 21." The Vernal Equinox usually falls somewhere between March 19th and 22nd (note that the dictionary only mentions March 21st, as opposed to the date of the actual Equinox), and depending upon when the first full moon on or after the Equinox occurs, Easter falls sometime between late-March and mid-April.

Because the Equinox and Easter are so close, many Catholics and others who celebrate Easter often see this holiday (which observes Christ's resurrection from the dead after his death on Good Friday) as being synonymous with rebirth and rejuvenation: the symbolic resurrection of Christ is echoed in the awakening of the plant and animal life around us. But if we look more closely at some of these Easter customs, we will see that the origins are surprisingly, well, pagan! Eggs, bunnies, candy, Easter baskets, new clothes, all these "traditions" have their origin in practices which may nothing to do with the Christian holiday.

For example, the traditional coloring and giving of eggs at Easter is a Pagan ritual.  Period.  Eggs are clearly one of the most potent symbols of fertility, and spring is the season when animals begin to mate and flowers and trees pollinate and reproduce. In England and Northern Europe, eggs were often employed in folk magic when women wanted to be blessed with children. There is a great scene in the film The Wicker Man where a woman sits upon a tombstone in the cemetery, holding a child against her bared breasts with one hand, and holding up an egg in the other, rocking back and forth as she stares at the scandalized (and very uptight!) Sargent Howie. Many cultures have a strong tradition of egg coloring; among Greeks, eggs are traditionally dyed dark red and given as gifts. 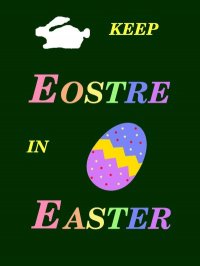 As for the Easter egg hunt, a fun game for kids, I have heard at least one pagan teacher say that there is a rather scary history to this. As with many elements of our "ancient history, " there is little or no factual documentation to back this up. But the story goes like this: Eggs were decorated and offered as gifts and to bring blessings of prosperity and abundance in the coming year; this was common in Old Europe. As Christianity rose and the ways of the "Old Religion" were shunned, people took to hiding the eggs and having children make a game out of finding them. This would take place with all the children of the village looking at the same time in everyone's gardens and beneath fences and other spots.

Okay, so it is May 26th, historically speaking not a good day for working people.  In Dearborn Michigan on this day, labor activists Wal... 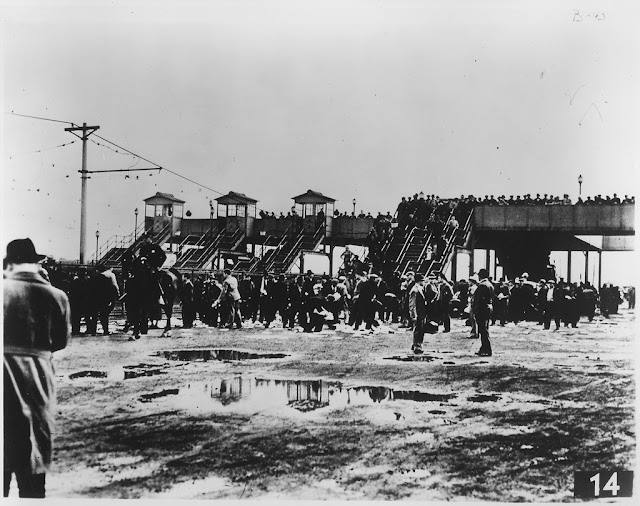