So the sixth man to walk on the moon comes clean about aliens: they're real.

That's right, Edgar Mitchell, the sixth man to walk on the moon during the 1971 Apollo 14 mission stated in a recent interview with Mirror Online that the aliens dismantled our nuclear bombs to save the planet from self-destruction. He added, “I have spoken to many Air Force officers who worked at these silos during the Cold War. They told me UFOs were frequently seen overhead and often disabled their missiles. Other officers from bases on the Pacific coast told me their [test]missiles were frequently shot down by alien spacecraft. There was a lot of activity in those days.”

So hows that for some truth.  I'm telling you, any day now the government is coming clean on this and stories like this are just our conditioning for it.   I figure maybe a few more new "distraction" toys first like maybe an iRing for your nose or new chemical food additive to anesthetize us from being too pissed about the centuries of lies and unnecessary wars.

Get ready, I'm dragging me someone out of their war-profiteering home and demanding a refund. 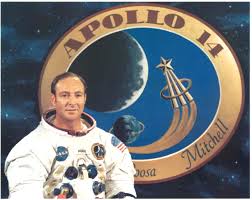