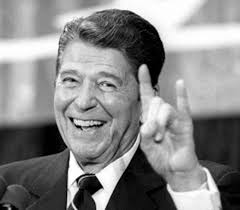 More violence in a world where "violence" is a thing no matter how many of us there are who claim we aren't violent.  In a court case yesterday I watched a video of a calm man of Jesus losing his cool and saying, "Fuck you," to a person he was mad at.  In his statement he said that wasn't him, that he was a calm person who just wanted things to go smoothly.  Isn't that the case for all of us?  When things go smoothly we are calm.  When our side wins, we cheer.  When the other side wins, we resort to violence.  When Donald Trump was elected president I walked in the largest protest walk of my life in a woman's march.  When Joe Biden won the other side did the same, but led by hate and lies they resorted to violence.

In Texas yesterday, a teenager killed 19 kids in a Texas school house.  Already the hate guys are saying its a liberal plot to take our guns a way.  This, my fellow American, is the reason we have so much violence in the USA.  It started with Rush Limbaugh lying about liberals and accusing them of being anti-American.  Then came Fox News with more of the same.  It was no longer politics, it was an invasion, an attack on Christian values, a new enemy more dangerous than the last, etc.

When I was in the Navy, I came across my first debate with a conservative.  He was telling me why he was voting Republican.   He knew I was already forming my liberal brain.  We talked for hours. He talked about the rights of people to govern themself and that less government was better.  He made sense and I left that conversation a more moderate person.  Truth does that.  Demand truth.  There is a true conservative augmentation; Donald Trump, Fox News, and Despotism is not it.

Demand the truth:  Truth is: We are all in this together.