So it is happening again, Covid-19 is shutting down everything. The latest reports I've read of as of this morning are:

The NFL is postponing 2 football games because so many players have tested positive for Covid -- 20 players on the Cleveland Browns alone; schools are shutting down again because so many kids have snotty, runny noses; and even the measly city theater production company down the street from me has had to cancel its musical revue of "Back to the 80's!" because so many of the actors have been in contact with infected people -- okay, so maybe all the shutdowns aren't bad, but still, we're talking about starving actors here -- wink.

And who do we have to blame for this increase in a virus there is a vaccine for?....  You guessed, idiots like these: 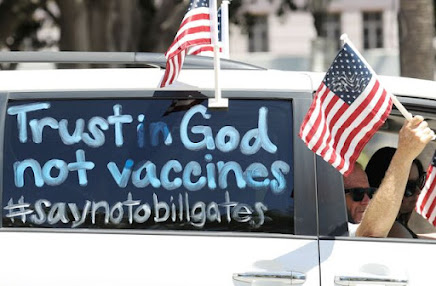 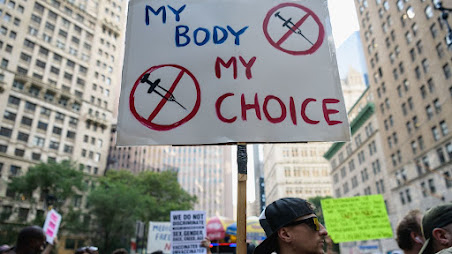 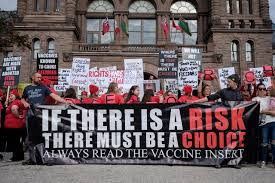 If they don't want to be vaccinated so be it, the problem is that they can't be trusted to stay home and do the right thing for the greater good, and not infect the rest of us.  These are the same people who bitch about taxes and pot holes in the roads.  They only care about themselves, and bitch about welfare programs for the poor until they need one, then they are the first ones in line screaming the loudest for their "fair share."  Simply put, they haven't joined the human race yet and apparently never will.

Why am I saying this?  Well, not only are they killing us, but they are killing themselves as well, here are a few stories I am sad to have to share with you: 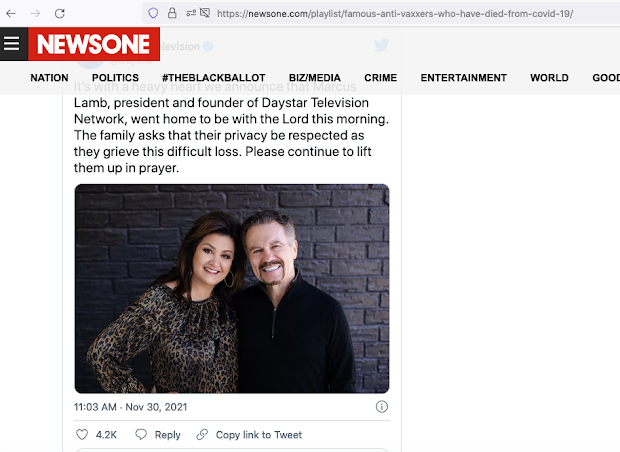 Marcus Lamb, the televangelist who warned his followers not be vaccinated because it was "a spiritual act from the enemy."  He died of Covid 19. 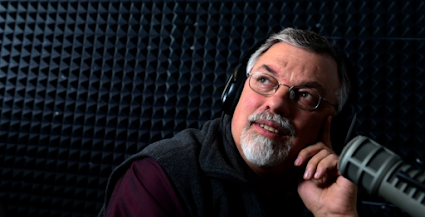 Bob Enyart, a Denver-based pastor and talk show host, died in September. He was against mask mandates and the COVID-19 vaccine. 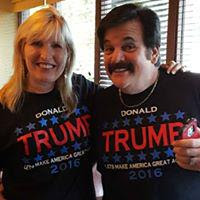 Dick Farrel, another conservative radio host who changed his mind about the vaccine after he fell sick from the virus, but it was too late. He died after a two-week battle on August 4, 2021 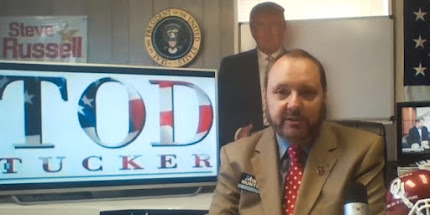 Tod Tucker was a conservative talk show host from Oklahoma City, OK who called the virus "fake news." He died August 11, 2021, after an onset of viral pneumonia as the result of COVID-19. 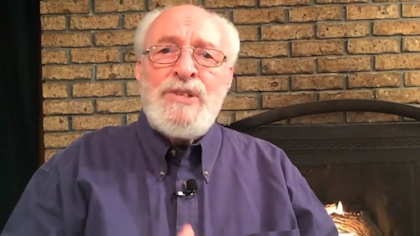 Dr. Jimmy DeYoung Sr. was a Christian radio host and Bible Prophecy Teacher. DeYoung, who died August 15, 2021, once called the vaccine “government control,” and was not vaccinated. 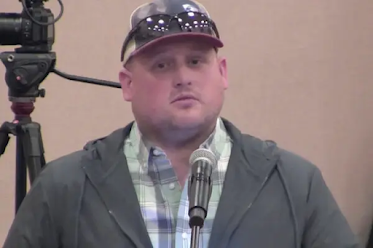 Caleb Wallace was the Founder of the “The San Angelo Freedom Defenders” anti-mask group and he organized anti-mask rallies. He died August 28, 2021. He had been unconscious and on a ventilator for weeks before he died. 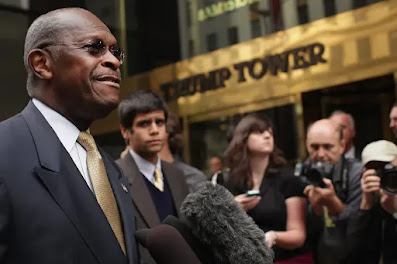 Herman Cain was American businessman and activist for the Tea Party movement. He was an active Trump supporter who unfortunately didn’t live long enough to become a true anti-vaxxer. Before he died he vocally opposed to masks and stay at home orders. He died July 30, 2020 from COVID-19. 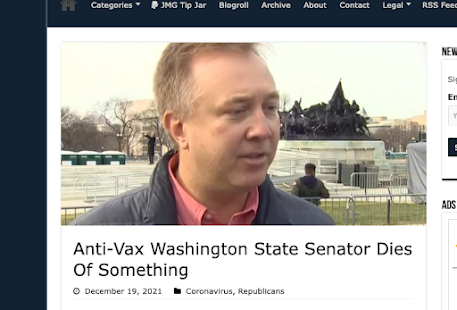 And even as I write this there is a new report out that the Senator Doug Ericksen who was anti-vaccine and mask guy, has died from the virus on a trip to El Salvador.

Okay, so these are some of the famous ones, and the question is how many other unnecessary deaths will there be from these idiots politicizing this virus.

Cut the shit people.  Not everything is political!  Join the human race.  Get vaccinated or stay home!