McConnell No Longer the Fuhrer of Trump's Evil Empire.

Okay, both Democrats are leading in the Georgia Senate runoff race which will give the Democrats control over the Senate.

As you know I've been hiding in my closet since Trump began his war on justice.

Me Hiding from Trump and his Nazis soldiers.

Hurray, now that the evil emperor king is going away,  maybe it's time to come out of hiding again.

With the Evil Emperor dethroned, millions come out of hiding!

And the best news of all: Mitch McConnell is going to lose his position as Fuhrer of Punking The Democrats! 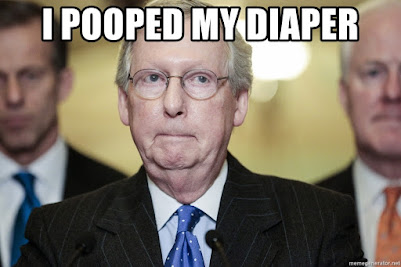 McConnell leaves angry because he is no longer the Fuhrer of Trump's Evil Empire.