The Republican "Tumor of the Soul" politics ends with Trump.

The Republican "Tumor of the Soul" politics ends with Trump.  The signs are everywhere: the mouth-peace (Rush Limbaugh) who started the onslaught of daily lies calling Democrats "evil" for following their beliefs, now has lung cancer and will not be with us much longer.  Mitch McConnell,  the governing hand of the right-wing hypocritical monster who has hijacked the political system by refusing a president his right to appoint a Supreme Court Justice, now has a rotten hand.  And most telling of all, Donald Trump has lost his appeal to Americans who want to live in peace and stop blaming the other side for today's problems.

I take no pleasure in seeing these Republicans eaten up with their own evil.  It's not like it hasn't happened before.  The Neo-Con movement that allows the Republicans to lie, cheat, and steal in the name of Jesus Christ started a long time ago.  It started with Lee Atwater.  He was the evil guy who got George Bush Sr elected by running the Willie Horton commercial which had nothing to do with the opposition and everything to do with racist fear.

IN the end, Atwater got sick and repented.  Here's what he said:

My illness helped me to see that what was missing in society is what was missing in me: a little heart, a lot of brotherhood. The 1980s were about acquiring – acquiring wealth, power, prestige. I know. I acquired more wealth, power, and prestige than most. But you can acquire all you want and still feel empty. What power wouldn't I trade for a little more time with my family? What price wouldn't I pay for an evening with friends? It took a deadly illness to put me eye to eye with that truth, but it is a truth that the country, caught up in its ruthless ambitions and moral decay, can learn on my dime. I don't know who will lead us through the '90s, but they must be made to speak to this spiritual vacuum at the heart of American society, this tumor of the soul. 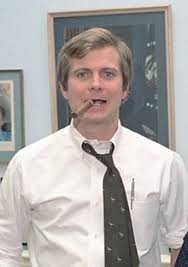 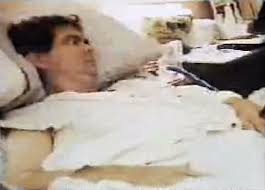 And of course, Monster Trump:

Maybe now they will stop demonizing us and start doing what is best for all citizens, not just the top 1% and their trickle-down followers.