Nicole Wallace before she had a liberal talk show on MNBC

"Homes without fathers..." is what the Maine Republican said is the cause of police violence against blacks.   That's right, the old blame the victim, not the perpetrators.  It worked in the 80's under Ronald Raygun, and it certainly help George Bush and Nicole Wallace push us into a war with Iraq that is still creating a shitload of "fatherless" families today! So cut the shit Mr. Republican Politician, as we say in Texas, "that dog don't hunt."  Yep,  we've had enough of the excuses; it's time for action, get out of our way and off our cloud.  Progress baby, progress. 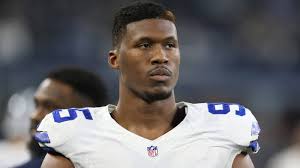 David Irving Sings With Raiders Now That He Can Have His Weed!!!

I'm talking about the biggest story to hit legalization of marijuana since Jimmy Carter said he thought it would be legalized in his next term, but of course, Ronald Raygun and the Republican "Just Say No" hit us like a Double Dutch Bus and we went from "legalize pot in a year" to "homes without fathers."  Now, however, weed is back and the Autumn Wind Raiders just signed David Irving who left playing for the Dallas Cowboys because he wouldn't give up pot for pain pills.  Since then, however, the NFL has stopped testing for marijuana and we are finally getting back to some level of smartness.

Weed is not worse than alcohol, pain pills, or shit, diet Cokes.  It beats them all.  So, praise Jesus Christ for his magical workings.  Next up, shrroooommmms.

The Autumn Wind is a Raider.

The Autumn Wind is a pirate
Blustering in from sea,
With a rollocking song, he sweeps along,
Swaggering boisterously.

His face is weather beaten.
He wears a hooded sash,
With a silver hat about his head,
And a bristling black mustache.

He growls as he storms the country,
A villain big and bold.
And the trees all shake and quiver and quake,
As he robs them of their gold.

The Autumn Wind is a raider,
Pillaging just for fun.
He'll knock you 'round and upside down,
And laugh when he's conquered and won