I had dinner with a friend last night.  She is from Mexico.  She came to the USA illegally as a young woman in the early 80's  -- if there is such a thing as "coming to the USA illegally."  In 1987 she became a US citizen under the Reagan amnesty program.

In case you don't remember the "amnesty program," it was a bill championed by both a Republican and a Democrat (Romano L. Mazzoli and Alan K. Simpson.) 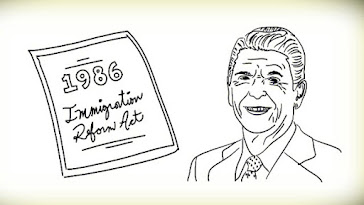 Yes children, there was a time when the Republicans and Democrats worked together for the country, not their designated parties.

Those were the days.

Sunday wouldn't be Sunday without talking about the Donald. Four years ago I remember being in a room of prominent attorneys in Fort Worth Texas and they talked about how people were secretly going to vote for Trump but wouldn't make it public because of Trump's discernment for the rule of law.  If you remember back in 2016, Hilary Clinton led in all the polls and seemed like a sure win.  Of course, she didn't and Trump has ruled like the dictators he admires since.

Fast forward to today, and I believe the tables have turned.  I believe a lot of Republicans who haven't spoken out to Trump's madness will do the right thing and not vote for him this November.  I think these Republicans who believe in Truth and the Rule of Law will secretly cast their vote against Trump.  If you think about it, they really won't need him for four more years after he appoints his third right-wing, anti-abortionist judge.  They will have gotten control of the Supreme Court which is what they've wanted since Roe v. Wade.  Even they have to see that no one can trust four more years of Donald Trump/Vladimir Putin.  At least, I'm hoping so.

So boys and girls, cheer up and see the positive of it all.  Brighter days are ahead.  I shit you not. 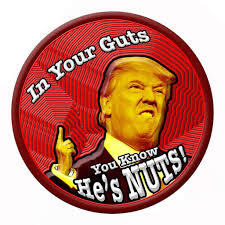