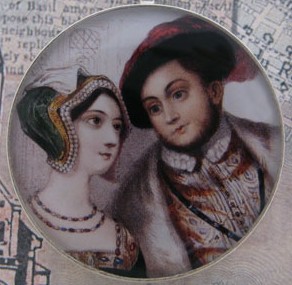 Thomas Boleyn could not have been soaring higher in the court of Henry VIII.  He was the king's father-in-law, after all, and enjoyed all the bounty that accompanied such an exalted position.  But in May 1536, ghastly accusations arose charging incest between his children:  Queen Anne Boleyn and George, Viscount Rochfod.  The queen, the salacious indictment against her read, had "tempted her brother with her tongue in the said Geoge's mouth and the said George's tongue in hers and also with kisses, presents and jewels."  Although most historians consider the charges absurd, no more than a silly little joke such as when Donald Trump joked about his attraction to his daughter on the Howard Stern show.   The siblings were duly condemned in separate trials held on May 15 and found guilty.  It was left to their maternal uncle, the Duke of Norfolk, to pronounce the death sentences.  Thus, Thomas Boleyn lost his only son to the headsman's ax on May 17, and his daughter Anne to a French swordsman two days later.

On this day in 1792, the New York Stock Exchange is founded by 24 brokers, signing a two-sentence contract called the Buttonwood Agreement.  This took place under a button-wood tree on what today is Wall Street. 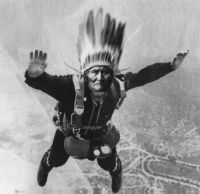 On this day in 1885, the fearless Apache Indian chief Geronimo, the last Native American to surrender to the United States, breaks out of an Arizona reservation for the second time.  For 30 years he and his followers had resisted attempts of white Americans to take away their homeland.  Oddly enough, the white-man would use Geronimo's name when they jumped out of planes to prove they had courage.   I tell you what would have been courageous of the white-man, but they won't let me. 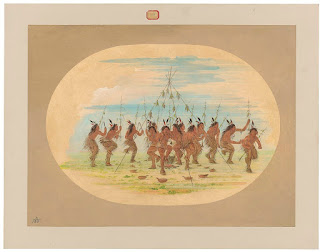 Also, on this day the Green Corn Dance of the Florida Seminoles takes place annually on this date.  A very old harvest ceremony, it is also celebrated by the Cherokee, Natchez, and Creeks.  In addition to the sacred dances, there are ball games, council meetings, a feast of barbecued beef, and a purifying black beverage made from a creek holly shrub.

I'm thankful for my union and that they finally got Trump a desk small enough for the small man he is.

Hope everyone is having a wonderful Thanksgiving in the USA.  I'm most thankful that I have two good hands.  That's right, I'm ...