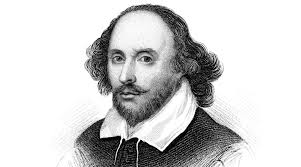 Yeah!  It is April 26th, finally! That special day of the year when Christians like me celebrate Shakespeare's Christening.  That's right folks, there are real records showing that William Shakespeare was christened on this day in 1564.   To date, however, the question still remains:  did the guy who was christened this day in 1564 really write all those fabulous plays?   Seems highly unlikely since the Shakespeare I speak-ith of was of humble ordinary means, yet, seemed to have a keen in-site into the world of the upper 1% of his day.  This is to say, that he was not only in command of great English for his time, he also knew the inner-workings of the royal court, and had traveled to a number of foreign countries of which he wrote?

Most scholars and smarties like me, agree that the Shakespeare we know was probably paid handsomely to keep his mouth shut while someone else used his name in writing the great works, but whoever could this have been? Was it:

Sir Francis Bacon: This eminent philosopher and statesman and attorney to the Queen?

Earl of Oxford: Edward de Vere, the seventeenth Earl of Oxford, an aristocrat and educated Elizabethan gentleman, as well as a sought-after patron of the arts?

Christopher Marlowe: a highly talented playwright and, as a contemporary of Shakespeare, was in the right place at the right time to have written the works?

So, which man-about-town was it?  Well, how about this: it wasn’t a man... What?... but a woman.  As painful as it is for men to believe this, a woman is the most likely suspect given the fact that any man would have gained by revealing his identify, but a woman, burned to the stake for being a witch.

The woman I speak of is Amelia Bessano Lanier, a coverso (clandestine Jew) and illegitimate daughter of an Italian born, Elizabethan court musician.

Along with the family theatrical background, Lanier was also a known mistress of a cousin of Queen Elizabeth I and so knew the inner-circle of the Queen’s court.

Conversely, in The Taming of The Shrew, there are characters named Alfonso (her husbands name) and Baptista (her late father’s name. 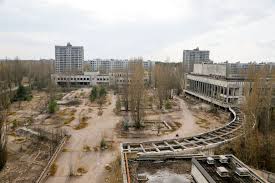 On this day in 1986, an explosion and fire at the No. 4 reactor of Chernobyl nuclear power plant in Ukraine resulted in a nuclear meltdown sending radioactivity into the atmosphere.  Considered the worse meltdown to date, the town of Chernobyl is still a ghost town.  The Russian government lied to the people in the area stating that the damage was minimal.   It wasn’t.

Meanwhile, on that same day in 1986 another meltdown was occurring on the other side of the world as Arnold Schwarzenegger marries television journalist Maria Shriver, niece of President John F. Kennedy, in Hyannis, Massachusetts. 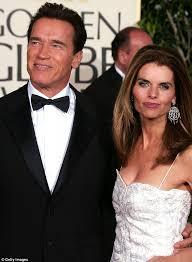 And on this day in 1936: 7000 unemployed joined in a mass demonstration to pressure legislators to provide a relief program for the many jobless around the country; the government’s answer?  Send in the police, they’re communist! 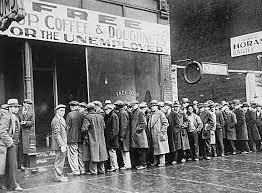 Some were, but not all.  Some were socialist and others, just unemployed workers who had had enough of a system that abused their labor for the top 1% to live as they pleased with no acknowledgment that their good-fortune was built on the backs of the working class.  This group was known as the Poor People’s Allegiance.  It scared the shit out of the rich bastards too and had to be stopped.  The poor people were demanding their share of the pie.

It took awhile, but out of this protest we eventually got the Wealth Tax Act and Social Security Act as a way to push back on the Commie Bastards looking for a true representative government.  Today the Republicans would have you believe that this Social Security Act was forced down on the people from a liberal government.  The truth is, sheeples, the Social Securty Act was a bottom up benefit we had to fight for, and the only reason the “liberal” government gave it to us was to protect the top 1% from the Socialist movement the people were demanding.

There’s nothing liberal about this country.   Let them keep using our name in vain for they will be getting a real “liberal” government to counteract their Right Wing Lies made to keep us down.  It’s coming to a head and the big zit is about to pop.   The two-conservative-party system is coming to an end and this leftist punk can’t wait.