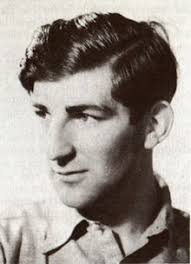 On or near this day in 1942, the English Poet Keith Douglas found himself in the Western Desert during the Second World War fighting in the North African campaign.  These are his observations that he must have been writing for a book one day:


I looked down into the face of a man lying hunched up in a pit.  His expression of agony seemed so acute and urgent, his stare so wild and despairing, that for a moment I thought him alive.  He was like a cleverly posed waxwork, for his position suggested a paroxysm, an orgasm of pain.  He seemed to move and writhe. But he was stiff.  The dust which powdered his face like an actor's lay on his wide open eyes, whose stare held my gaze like the Ancient Mariner's.  He had tried to cover his wounds with towels against the flies.  His haversack lay open, from which he had taken towels and dressings.  His water bottle lay tilted with the cork out.  Towels and haversack were dark with dried blood, darker still with a great concourse of flies.  This picture, as they say, told a story.  t filled me with useless pity....

Enjoy the Holiday Seasons and be thankful for the peace we have this year.   It's Yuge! 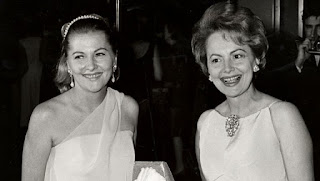 Speaking of war, Olivia de Havilland and Joan Fontaine were Hollywood's feuding sisters--leading ladies locked in a bitter rivalry that reportedly went all the way back to childhood.  "I married first," Fontaine once commented on the enduring sibling spat, "won the Oscar before Olivia did, and if I die first, she'll undoubtedly be livid because I beat her to it!" On December 15, 2013, at age 96, Fontaine did indeed beat de Havilland to the grave. 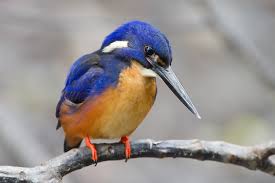 In case you forgot, December 15 is the first of seven Halcyon Days prior to the winter solstice when, according to legend, the halcyon bird creates a time of tranquility by calming the wind and waves.  During this peaceful period, the kingfisher was able to lay her eggs in peace.  A magical bird, the kingfisher is a symbol of the Greek goddess Alcyon, daughter of the wind king.

It's March 5th and guess what... Trump is not president.  That's right, the QAnon quacks keep spreading lies through the Fox News/...